the souls of the others

I don’t normally do book reviews, much less book raves. And yet… I just finished a book that captured me completely, Sy Montgomery’s The Soul of an Octopus. While I knew I would like it, I didn’t realise the moral dilemma it would present.

My sister loves octopuses. And fyi: it’s not a Latin root, so the plural isn’t made by ‘i’; you can, however, call them ‘octopodes,’ if you’d rather, for the Greek. She’s loved them for years, and because she does — and because of the very little I knew about their intelligence — I’ve never eaten them. I have no problem w/ squid (‘calamari), but no octopuses. After reading Montgomery’s intricate, fantastic orchestration of a book, however, I have other issues as well.

Because Montgomery doesn’t only illuminate the intelligence — and heart — of octopuses. She also shines a bright light on the rich emotional lives of lumpfish, anacondas, and other unloveable (and edible) residents of the New England Aquarium. In her sharing of the attachments these animals form w/ other animals — Killer the painted turtle falls in love w/a pumpkinseed sunfish; the male lumpfish incessantly cleans his lair for indifferent females — and her inclusion of various research, Montgomery reminds me why I was a vegetarian once.

All life, the Buddha tells us, is sacred. Every single bit. And it’s all connected: Nothing ever exists entirely alone; everything is in relation to everything else.

Science confirms this with such provocative theories as Heisenberg’s Uncertainty Principle, the idea that the observation of quanta necessarily influences the observed data. In other words? At even the smallest sub-atomic level, our actions influence the actions of ‘other.’ Not to mention that we breathe through our skin (and so inhale all the released atoms of everything that ever lived & died & degraded into molecular bits), and water contains what lives in it.

Which brings me to the thorny question of vegetarianism.

I don’t eat pork, as I’ve mentioned before. Because pigs are very smart — smarter than dogs, whom I also don’t eat. And I don’t eat octopuses. Now, I wonder if I need to do as many Buddhists (but not all) do, and abstain from eating any flesh. And when I think of it that way — because meat really is just that, another being’s flesh — I’m not very hungry. 🙂 I don’t want to eat things that love & grieve. Love & grief, to me, are measures of heart — of sentience beyond what an amœba feels. (Not to demean amœba here…) And according to Montgomery, the octopus is right up there w/ several animals I quite like (& wouldn’t eat): cats, dogs, small children…

Apropos of my ongoing dilemma about vegetarianism, I’m a firm supporter of family farming, including responsible, sustainable raising of animals. I also support hunting. These animals live good lives: wild, in the case of hunted animals; pasture-raised (& grass-fed) in the case of responsibly farmed ones.

The animals raised for flesh/meat in factory farming conditions? Not so much. Actually, almost to an individual being, they suffer: cattle, veal, lamb, mutton, turkey, farmed salmon, chicken too. Pigs possibly most of all, as they KNOW when it’s their turn (read here for more on the ‘last pig in the pen’ dilemma). And that last pig often  does not gently into that good night, as the article reminds us. 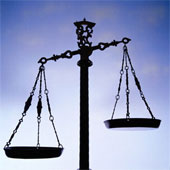 But — like other controversial issues (death penalty, for instance) — what I believe should be possible for others isn’t necessarily how I would do it. I don’t hunt — never have. I don’t fish to keep — we do catch&release, when we fish. And I couldn’t raise animals to eat, I’m fairly sure. All that said, I have no problem with the several of my friends who hunt, raise chickens for eggs and meat, run cattle, etc. It’s not my place to judge.

So there it is. I’ve no idea how this will work out. But I do know I had managed to do the lazy human thing — put it in the back of my head — until I read Montgomery. Now? I’m re-reading the Buddhist teachings on vegetarianism. And of course they don’t agree. I guess this is another of those times the Buddha preached about: look inside and listen to your own heart.

Still, my beginner’s heart is very glad I haven’t ever eaten octopus! And it’s wondering about the rest of those ‘others’ that almost certainly also love and grieve, in their ‘other’ souls …