guns in schools, and the American West

This disturbing woodcut is brought to you by the talented Dr. Mark Sisson, art professor at Oklahoma State University. He offered it to help make a desperately misunderstood point. Our state — like many others — is debating allowing guns in schools. The rationale is that if teachers have guns, there will be no more Sandy Hooks. No more Columbines. No more Bend, OR. No more Miami, FL. No more Detroit, MI. No more Marysville, WA. No more dead children. (Each of those was a fatality shooting, some — like Sandy Hook — with multiple deaths.) There have been more than 110 school shootings, just since 2000..

I understand our fears. We expect our children to be safe in school. But if you haven’t been in a school lately, perhaps you have an unreliable (and/or totally out-of-date) memory of what school is like. There is NO place to ‘hide’ a gun from a determined student. Even if I thought that would work, do you want a loaded gun around your children?? With teachers who aren’t necessarily…cool, calm, and trained? What if that teacher who shot herself in the foot had been upset? Terrified? Aiming at a hostage taker?

I work with teachers, and adore them. I see them work unheard-of hours, buy supplies from their pockets, feed & even clothe their students. I also know that they are — like each of us — only human beings. And given the mayhem that occurs even within highly trained Armed Forces troops? I have no confidence that arming teachers will be anything other than a nightmare.

Several of the newer gun laws require only a concealed carry permit, which in turn requires only a class in ‘gun safety.’ Nothing on how to confront a crazed shooter, or how to remain calm in the midst of utterly terrifying chaos. Some classes are, of course, much better than others. But I’m certain none are anywhere near the training police or military receive, and we’ve seen in detail how that training has failed at critical times. Witness the sheriff’s deputy, in Oklahoma, who couldn’t tell a taser from a pistol, under stress far less devastating than faced by teachers at Sandy Hook. And yet? He donated a LOT of money, to buy his entry to his own Wild West show. And the only other cost? The paltry sum of a young man’s life.

Don’t get me wrong: I understand the needs of rural districts for ancillary law enforcement support. But perhaps instead of reverting to the Wild West mentality that has such an iconic impact on so many Americans (despite the fact it  was only a part of our history for a few decades), we should better fund rural sheriffs. Oh wait: that would cost $$, not make $$. Besides: if access to guns & training is enough, how do we explain the mass shootings on military bases? Among gang members? Guns seem to be no deterrent to madness, that highly non-rational state of mind.

Yes, I’m cynical. Because I do NOT understand why we keep yammering about our Constitutional rights when our children are dying. There were 94 school shootings in the two years after Sandy Hook, with 32 fatalities, not including shooters. Why aren’t we all outraged??? Why aren’t we shouting LOUDLY?

I am. Mark Sisson is. You should be, too. Because nowhere in the Constitution does it say your right to a gun trumps a child’s right to his or her life. Period. And no teacher, armed w/ a gun s/he may or may not be able to get to & use properly, is going to bring back the children. It’s not part of our teacher education program. And I hope it never catches on. 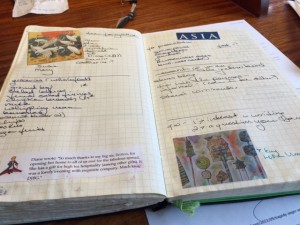 blogs, journals, and processing
archives most recent
More from Beliefnet and our partners
previous posts