parenting as practice, or, mother as social justice warrior

As a child, I watched the monks come to the house each morning, as the sun rose in the sky. Sometimes the clouds were the same saffron color as the monks’ robes. The monks would pass their wooden begging bowls through the iron bars of the villa gate, and the cook would place rice, some vegetables, sometimes a bit of egg, in each one.

It was a satisfying transaction, both necessary (how else would monks eat?) and beautiful: the highly polished wooden bowls, the young monks in their yellow-orange robes. The cook with her hands together like a temple’s spires, and me watching. Learning.

This is Buddhist practice — feeding the hungry. Not only monks, but all the hungry. It’s part of what makes me an engaged Buddhist, trying to actively use my beliefs to better the world around me. Speaking out against injustice, on both the local and global levels.

Recently I heard a term I loved from the first moment: social justice warrior. It was a throw-away, disdainful construct from some neo-con talker, meant to dismiss those of us who insist on pointing out the elephant in the room (systemic racial inequality), the naked emperor (classism in American politics) and other elements of white privilege. It was meant derisively, w/ mockery if not contempt.

I remember asking my grandmother what it was like to grow old. And how only now do I really understand her answer: I look in the mirror and wonder — who’s that old lady?? What happened to that young girl?? These days, I see the child inside the aging mask of almost everyone. It’s become almost reflexive: I find myself smiling at the homeless black guy by the apartments, knowing that most of his days, being ignored is the best he can hope for. So I smile, trying to convince him at least one person who sees him remembers he’s a mother’s child.

I reach out to pat the cashier who’s having a loooong day, knowing she’s exhausted. I ask her about her own children, and what she’s bought them for Christmas. Grateful, she looks up with quick animation. Another mother’s child.

I try to be patient w/ the driver who cuts me off. The young couple w/ multiple tattoos & piercings are far easier than the terrified police who make such very bad decisions. And yet, I remember my own two sons making bad decisions. It’s hard, but I do try to remember.

I can’t mother the entire world. But I can try. And if that makes me a social justice warrior, I’m happy. It’s little enough in a world where there seems to be a war on. Parenting has taught me many things, but this is possibly the most important: ALL children — whatever age they are — need love & understanding. Otherwise? They are victims of this undeclared war. So count me in on social justice, and fighting the good fight. It’s the just the next stage of mothering as Buddhist practice… 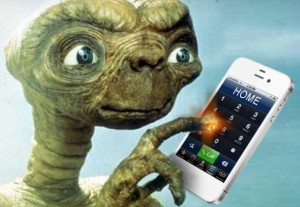 taking joy in others' joy (or, how did you escape acrophobia??)
archives most recent
More from Beliefnet and our partners
previous posts