Sometimes, when I wake up in the small hours of the night (as I often do), I lay there thinking. Last night, I was thinking in part about how lucky I am in my two sons. How proud of them I am, what nice men they are. How they phone home, what successes they are making of their lives.

I take very little credit for this — they’re basically smart, good people. What I do take credit for is how lucky they are. Which sounds crazy, I realise. But my sons are white, because I married a white man I met and fell in love with in college, and not the black man I loved my senior year of high school.

White men are the luckiest of already lucky  Americans. Who profiles white men? Who would shoot a white 68-year-old, unarmed great-grandfather, in his own driveway? But a black great-grandfather? Dead. With little to no discussion. And if you go to see what this man looked like? You don’t see a picture of a great-grandfather playing w/ his family; you are directed to a booking photo for the victim. As if having tangled w/ the law (misdemeanours) somehow justifies his death. The same kind of profiling Michael Brown, shot in Ferguson, still faces.

A dear friend lives just outside of Ferguson. The day Michael Brown was shot to death, she was trying to drive the street where he lay in a pool of his own blood. For hours. Given the open season on young black men? It might have been her son. Might have been the son of another dear friend, here in Tulsa, where just two years ago a couple of young white men shooting five black Tulsans, & killing three of them. Any of them could have been a dear friend,  or the son of a dear friend. 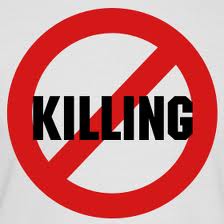 I am sick of death. Heartsick, literally sick at heart, w/ that heavy feeling that comes when pain is too deep for tears. We are killing our children, and leaving their children fatherless.  All in the name of law, pretending that a gun in a policeman’s hand is an acceptable judge & jury.

Just today, I was involved in a discussion of the Civil War, apropos of a comment by a Colorado state board of education member that “we [the USA] ended it [slavery] voluntarily.” (And yes, she really said that.) Another friend & colleague said that some states DID abolish slavery, and that was important to know. Yessss, but…

Here’s the problem: If we pretend that slavery had nothing to do with the Civil War – & many many Southerners & neo-cons DO believe this – then we can continue to ignore its racial legacies, as well. Ferguson, for instance. We also ignore much of its valour, the 54th Massachusetts Infantry Regiment, for example.

The situation in Ferguson is, almost certainly, representative of many American towns. St. Louis — like Tulsa — has a history of racism, institutionalised at the deepest levels. Yet I am certain that the white people of Ferguson don’t have a clue why black citizens are upset. After all, the police ARE THE POLICE. And for most whites, they are helpful. NOT for most blacks.

The little ones of Ferguson — my friend just retired last year from teaching elementary — are terrified. They see their brother left in a pool of blood in the street (we even drag roadkill to the curb), and peaceful protestors on SIDEWALKS arrested and held for exorbitant bail. Believe me: kids see this & get it. What impact does that have long-term? The Civil War is alive and well today, throughout America (not only in the South: look at the sanctioned murders — by police — in Ohio, Illinois, California, New York, Florida…). And it had everything to do w/ race, and slavery.

My friend in Ferguson watches the children she taught a year ago, in the elementary school she has retired from, terrified of police. And so the cycle continues…

The other side of me, however, is the dreamer. The believer (however disillusioned) in the real American dream: “one nation, with liberty & justice FOR ALL.” My ancestors fled religious persecution to come to this country — fled as Huguenots & Puritans. Fled vigilante justice as coal miners working to start unions. My own grandfather hid victims of the Tulsa Race Riot fleeing certain death. Each of these early Americans believed what I do — that there is justice in this country.

And so I continue dreaming, working as an engaged  Buddhist to both make myself a better, more compassionate person, and working for those who don’t have the ‘luck’ of my sons. I am working to make that luck unnecessary, dreaming, like the Reverend King:

I have a dream that one day this nation will rise up and live out the true meaning of its creed: “We hold these truths to be self-evident, that all men are created equal.”

That’s my dream, too. And I want it now, for Ferguson. For Tulsa. For the children who are terrified of the police. Now, America. NOW. 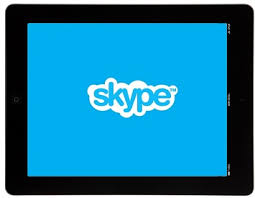