more wonderings about (today’s) Puritans, and a broken education system

Today I was thinking — again — about the similarities between contemporary conservative Christianity (at least in everyday life) and historical Puritanism.

Several of us were discussing the sad state of Oklahoma’s schools. One mentioned that she has 30 (yes, THIRTY) kids in her kindergarten class. I added that a friend of mine has 220+ students in her English classes, which  means that even if she did a 50-hour week, she would only be able to put in 13.5 minutes per student, weekly. Including class time, lunch hour, etc.

We discussed how the newest Oklahoma state rating shows most OK schools failing. None of us believe that all Oklahoma schools are awful. Two of us believe that the tests are just godawful, and show nothing. Then a third said, but we DO need ways to assess learning. I noted that OK’s standards (we threw out common Core) are at the mercy of a governor who has cut school funding by more than any other state, and a state superintendent of schools who’s a dentist, w/ NO prior education background.

Someone noted that the Democrats, w/ Common Core, were no good. (and yes, I know that’s not really germane to the argument about the overcrowding and lack of resources, but the current OK gov is Repub, so I’m thinking that’s where the non sequiter came from).

I’m pretty knowledgeable about Common Core — my former job was instrumental in helping the local school district work on adapting to it. That was before OK dumped it. And Common Core wasn’t/ isn’t partisan; it was begun by the National Governors Association. And while it certainly hasn’t been implemented well — nor is its labeling by the right as ‘national curriculum’ helpful — it’s not intrinsically a bad program. The idea is just that since we’re testing w/ national, MANDATED high-stakes testing, all our kids should have access to comparable education. They currently do not. Emphasis is on critical thinking and writing in all content areas, as well as increased reading in all content areas. How  radical is that? 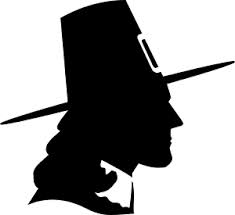 Here’s where the Puritan legacy comes in. The conservative Christians among us — including the teacher! — agreed that if we had more of God in our lives, and fewer broken families, education would be better. Wow. And just how would we make that happen? And exactly how could we legislate it??

This is the Puritans, folks. The Puritans said that if we just followed God, everything would work out fine. Hmmm… That didn’t work so well for Job. Or the many many nice people to whom bad things happen. But the thinking — and the move in a conversation about societal ills from doable solutions to abstract desires — is classic Puritan, as well as absolutely contemporary. I’ve written about this recently, and it still puzzles me whythis mindset lingers.

One of us noted that education problems would be solved if we fixed the broken American family.  Wow. And how can we do that? Well, by getting folks to go church, of course. And how can we get them to do THAT? And what about the kids already in the system?? What about schools like the one in Newkirk, which went from A+ to F in two years, because it took special ed students? Just how will stronger beliefs in this Puritan mindset help those kids?

This whole ‘just be a better person’ isn’t enough for me. I prefer the Quaker (and engaged Buddhist) approach: get out there and FIX IT. VOTE. Write letters. Educate people. Why on EARTH would we cut taxes for corporations, when we say we don’t have enough money for our own children??

And finally? Oklahoma is a loudly Christian state — each of the administrators I’ve mentioned even implicitly professes to be a devout Christian. So tell me again how belief alone is going to fix my broken schools? And what we can actually DO to make it happen? Because the ‘believers’ in charge sure don’t seem to care…