We’re big on adventures in my family. My beloved enlisted in the Marines during Việt Nam because he wanted to see what it was like. (My mother-in-law — loopy about many things — STILL goes ballistic if you mention this.)

We left for Algiers a week after marrying. Went to Saudi Arabia when my elder son was 7 months old. And my own mother followed my peripatetic father to the Philippines, to Việt Nam, to Thailand. That’s just what we do — travel.

So it came as no surprise when my younger son told us he’d decided to take time from work — a work sabbatical, of sorts, although he will work remote part-time — to travel. All of this makes his departure today no easier.

Part of being a mother is love. But love is kind of like fire: it can burn even as it warms you. And motherlove — that subject of lullaby and art — is a blaze of a fire. I’d like to pretend that I have my motherlove under control, managed, as it were. But I really don’t.

I love my sons, and my DIL, and the nieces & nephews that feel half my own, fiercely. Also tenderly, and w/ a sense of humour, quite often. But not when my beloved younger son is  going on a trip where I won’t see him for months. Maybe even a year or more… 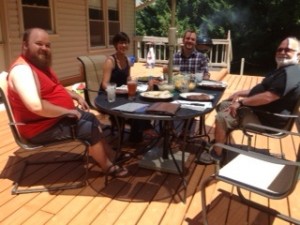 We’re also not the family who doesn’t see each other. Holidays — at least Yule, as my younger son would call it — are spent together. By choice, not fiat. 🙂 I am fortunate to be part of a family that likes each other.

Luckily, both my sons are well aware of my besottedness. Noah – -the younger, heading off to Sweden & Goa & Thailand, oh my! — test ran our Skype connection yesterday — He was wearing this same Tshirt (see? who but a mom would even NOTICE??).

My elder son, Nathan, tries hard, too, to find time in a schedule that’s as crazy as his father’s was. As crazy as mine was during grad school. But he still makes time. Time to FaceTime me w/ my adorable grandson. Time to remind me we’re trying to meditate parallel, if not actually together.

It’s just not the same as living within hollering distance (I love that old Southernism!). But when your own life is full of adventures still happening (Yellowstone!), you have to anticipate that the once-ducklings will follow their own compasses. To the west coast, to the east coast. To Sweden & Goa and parts unknown.

And that’s GREAT. But it’s a long way home. Which is the burn part of that fire….. 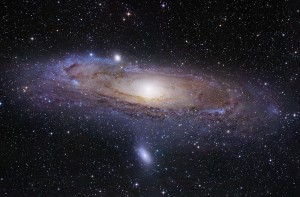