the children are still hungry

In a country where we throw away edible food to the tune of 133 BILLION pounds annually, we still have 1 in 6 Americans hungry. And 1 in 4 of them are children. Little kids — like my adored (and well-fed) grandson.

You read those figures correctly: “In the United States, 31 percent—or 133 billion pounds—of the 430 billion pounds of the available food supply at the retail and consumer levels in 2010 went uneaten.” As for the 1 in 6 Americans? “As of 2012, about 50 million Americans were food insecure. This was approximately 1 in 6 of the overall population, with the proportion of children facing food insecurity even higher at about 1 in 4. One in every two children receive federal food assistance.” (Wikipedia)

FIFTY MILLION Americans. One-FOURTH of all our children. And we’re cutting the safety net. For children, America. For our children.

As my grandson picks up his Cheerios in one hand on FaceTime, and his cheese and veggies in the other, mashing them into a delightfully colourful (but nourishing) mess, I think of other parents and grandparents, with hungry babies in their homes. I wonder how many of them watch as children cry. 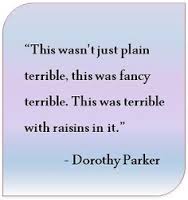 When my grandson’s uncle — my younger son — was in first grade, his teacher visited with me about how many of the other children in his class came to school hungry. This was before many schools had free breakfast. In a ‘good’ Oklahoma neighbourhood, 3/4 of his classmates were eligible for free lunch. THREE out of FOUR. What’s ‘good’ about that? That’s TERRIBLE. This is America, land of opportunity, folks. NOT the land of ‘the opportunity for children to go hungry.’

And yet my home state, Oklahoma, just this past month voted to further cut tax revenues. Further cut benefits, further cut education. And we never did expand Medicaid so that the working poor could have access to health care. If you’re poor in Oklahoma, you’re basically just hosed.

All of this is bad enough. But somehow, sending little kids to bed hungry strikes me as one of the worst of these many insidious evils.

I donate to several charities, most of them environmental or hunger-related.  Because first, you need a healthy planet where we can live, breathe, and eat. And then? We need to feed our most precious resource: our children. And then each other. Because otherwise, it’s all just lip service. If we let our children go hungry, we do NOT care about them. We care about money.

And that’s not enough for me. It leaves me hungry. For social justice.