Today for breakfast, I had a large helping of hope. Given the political climate in Oklahoma these days, I needed it.

I had the pleasure of listening to the keynote address for the 2014 John Hope Franklin Center for Reconciliation’s Symposium, Dr. Freeman Hrabowski.

When I was in Birmingham last year, attending the National Humanities Councils conference, I had heard Dr. Hrabowski speak. He blew me away with his brilliance, his humour and his compassion. Today was no different. Anecdotes of his week in jail when 12 (he was a marcher in the 1963 Children’s Crusade in Birmingham) studded a passionate testimonial to the value of education, and the need for Americans to work together to help the young.

Today’s jobs require more than high school, he reminded us. They need at least two years of college, and specific training. And yet most of those Americans — black, white, & brown — whose incomes who are in the lower 40% will not get even a 2-year degree. How will they make good?

During the numerous statistics Hrabowski needed no notes to remember, he told us stories. What I was most touched by was a story he told of his mother, a career teacher. ‘Teachers touch eternity through their students,” she told him only a bit before she died. And yes, the teacher in me knows th is.

But that connection is only possible because of something else Hrabowski learned, he said, from his mother: the importance of relationships. Before a teacher can teach, or a student learn, or those roles switch — as they do in the best of classrooms — there must be a relationship between teacher & student, one based on mutual trust and respect.  And that’s what missing from the discussions of education reform: real people and their very real relationships.

The tests and mandated texts and accountability we insist on today don’t create those relationships; people do. Given the achievement gap (Hispanic & black students graduate from college at significantly lower rates than do white students), and the reality of teaching as a predominantly white female profession, we need to figure out a way for white teachers to form closer relationships (and to have time to do so!) with their students.

A city as racially segregated as Tulsa doesn’t offer easy opportunities for interracial friendships. You have to seek them out, get up at 8 a.m. and go to breakfast. Show up. But if you do? You leave with a special present: hope that things can change. That people ARE changing, reconciling an ugly, bitter past where whites swept into the Greenwood area of Tulsa and burnt the entire neighbourhood to the ground. Because it was ‘black.’

Answering a question from the audience, Hrabowski laid out a plan for working with those who fear us, those we do not like or understand: Listen, he said. Listen to those who are different from you. And talk. That’s what I mean — hope. I don’t always believe that people WILL listen, Dr. Hrawbowski. I need constant reminders to keep trying.

Because if the boy who grew up in Birmingham, and was thrown in jail at 12 just because he believed in equal education can reconcile his past, so can we all. Even here in Tulsa. 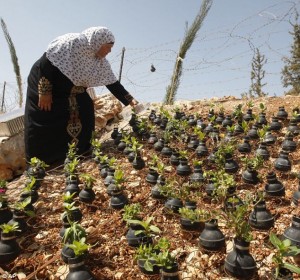 swords into plowshares, gas bombs into gardens
archives most recent
More from Beliefnet and our partners
previous posts