a message from a fellow First Amendment follower 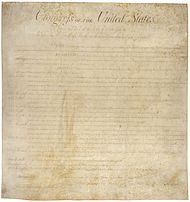 I’m the kind of person who donated money for free speech during the trials of Nazis in Skokie, Illinois. Knowing what I do now about hate speech, I probably wouldn’t. 🙂 But at the time, it seemed to me (I was a working journalist) that if I couldn’t fight for those I condemn to speak freely, my beliefs weren’t worth much.

I feel the same way about freedom of religion.  As Lake notes, “No religion is safe when any religion can dictate public policy, law and education.” I’d put ANY in bold caps, myself.

There is a feeling among some Christians — and I know family members and close friends who feel this way — that Christianity is under attack. I find that assertion so untrue as to be almost laughable. Except that I don’t laugh (well, not very often…) at other people’s beliefs. But you’d have to be non-Christian to see the irony here.

We are discussing the rights of Christian businesses to bail on insurance, if it covers birth control. Even if they’re not Catholic (the only religion, to my knowledge, w/ a strong historical platform against birth control). We allow Christian families to refuse shots for the children. We take off from work for holidays that 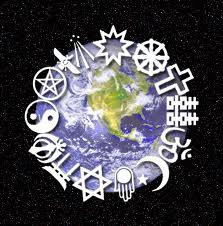 are Christian: we don’t get off for Jewish Hanukkah or Muslim Eid al-Adha or Hindu Diwali.

But Muslim women have had to fight to wear their religiously  mandated head-covering, the hijab. Just last year, a woman in Oklahoma lost her lawsuit to wear her hijab to work. And try telling someone you can’t work during Ramadan (which is accommodated in most Muslim countries).

In other words? This is a predominantly — & preeminently — Christian country, despite popular evangelical claims otherwise. I’m not fighting the right of Christians to practice their faith. I am championing the rights of other (non)believers to follow their own paths. Which may be quite different.

So here’s to Jay Lake, who said it both more succinctly and more overtly than I can. “[Y]ou have absolutely no right to impose your beliefs on others through the public instrumentalities of government, law and public education. Any more than any one else has the right to impose their beliefs on you.” And THAT is the 1st Amendment, folks.

goldfinches, titmice, and wrens: what's your pleasure?
archives most recent
More from Beliefnet and our partners
previous posts