rape culture, reprised: how can we undo it? 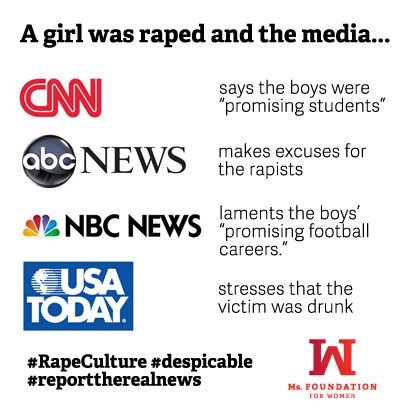 Since my earlier post on the Daisy Coleman case, I’ve received many emails from women (& men) who wander — as I do — how to undo rape culture. How do we fight it? And I confess: I don’t know.

The Buddhist in me does know that only compassion works, ultimately. Wrathful compassion is a good tool here. As is teaching. But in the long run, what needs to happen is a cultural sea change. A shift in the very foundations of American culture, much of it built on a disrespect of women, at best.

At worst? Women in many religions, groups, and families are seen primarily as baby factories. They have no rights to birth control, no rights to daycare for the children they often are dumped with, no rights to equality on many cultural fronts.

Many of my family, friends, & colleagues will dispute this, I recognise. Anti-choice voices argue that they are not against women, but for the unborn. Except that policies to support the unborn, once born, are routinely dismantled by these same voices, in the form of support for women & Children. Anti-choice advocates are the very ones behind the recent cutting of SNAP benefits, the primary beneficiaries of which are women & children. 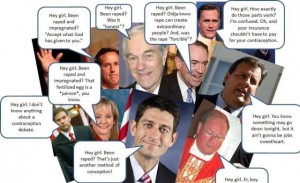 Religions that protect religious figures who prey on the defenseless also send a message: that only the powerful deserve protection. Women are rarely the powerful. While faiths that refuse to ordain women send yet another message: women are not truly linked with the godly. They are, at best, to be honoured as baby machines.

Please note: I stayed home with my two sons until they were almost 5 and 9. I absolutely believe that good parenting is a critical job. But it is NOT a gender-specific job. Nor is it ALL women are capable of. Here lies the fallacy, and the grievous wrong. Religions that teach a woman’s place is solely in the home, subject to the sovereignty of her husband, perpetuate an attitude of male privilege.

Religion is a deep & powerful influence in the world today. Maryville, Missouri, is only 17 miles from Conception Abbey, in nearby Conception, MO. It’s quite possible that Matthew Barnett and his family see themselves as godly people, despite his horrific treatment of Daisy Coleman.

So where do we begin? Changing the patriarchal nature of most religions is beyond even a large group of concerned believers. One thing we can do is stop blaming victims. We can stop telling girls that if they do ANYTHING, they are at fault: drink, sneak out, wear a short skirt or makeup… The list of what girls are ‘guilty of’ is long. And such a list is NOT helpful: it merely reinforces the idea that girls are at fault when boys rape them. As does the media when it laments accountability that ‘punishes’ rapist boys.

As an excellent article at Salon.com argues, America desperately needs “conversations about central issues: cultural entitlements and a deficit of empathy.” Rape culture is twinned with male privilege, the status quo in almost all elements of American culture. Salon notes: “Our culture essentially gives rapists the message that they’re entitled to be believed and respected; their victims aren’t.” This attitude will not go gently into that good night.

When I look to undoing a cultural wrong, I begin with my own life, as most Buddhists do. I have raised two wonderful sons –neither of whom would ever question women’s right to say no, to be respected, to be treated as fairly as they are. A friend once told me she was sorry I had sons, not daughters. I responded without hesitation: I’m raising feminists, Kerrie. What are you doing? I’ve taught human rights and social justice in every classroom I’ve been in — trying to model them, trying to make them tangible and explicit. Do I fail? With bells on, often. But I continue to try.

Wrath against injustice has always come easy for me, but compassion has been a great deal more difficult a stretch. Wrathful compassion is a lesson I practice daily, but it’s also an instrument I do not play well yet. I can tell, though, that it’s one I have an aptitude for. And I think it will serve all of us us well against rape culture.

Because it does no good to say Matthew Barnett is an awful man. Certainly what he and his friends did to Daisy & her friend is beyond terrible. But there obviously are people who see good in Barnett, despite his actions (and no one disputes his actions — only his culpability). And there are rape apologists everywhere — witness the media support for Barnett.What is our course of action when people we think are ‘good people’ do terrible things? How do we juggle the horror of the action with the person behind it? How do we turn around a culture where a 14-year-old girl is blamed for her own tragic rape?

I’m still working to figure this out. I would love to hear from each of you on how you deal with this challenge. Because my beginner’s heart is finding this all very difficult. I’m still far too heavy on the ‘wrathful’ and not nearly close enough to compassion. 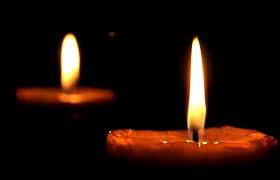