Here’s the thing about sanity in an election year: We always have it. They never do. And yes: lately that seems far too often to be the point. We are always the ‘good guys.’ They are always the bad, or at least the sadly misinformed…

Don’t misunderstand: I’m NOT non-partisan. Not when to be a “moral” person means to deny women access to choices about their own bodies and lives. Not when it means to enjoin from a pulpit the death of people unlike you. I need to get that up front, as a disclaimer. This is defiantly not a neutral plea. As a woman, as a teacher, as an American, politics is personal. Especially this election.

But as a kid growing up in the 60s & 70s, politics has always been personal. It’s always been about real people, not simply ideals. I became political – as many of my generation did – with the Việt Nam War. But saying that invokes adolescent dissatisfaction and rebellion. That wasn’t the agenda for me. I grew up in Việt Nam, and the people dying had names & faces. They were our cook, her husband, the amah and her family in their small village, farming. They were the beautiful students at the Việtnamese American Association, who spoke French & Việtnamese to me when I walked up to check out a library book. Later, they were my boyfriend, an African diplomat’s son, who was run off the road in the South, for driving an expensive motorcycle while black. 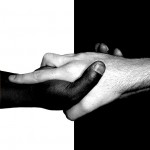 Or a girlfriend, who drove off to an abortion in an unmarked car, hiding in the floor so no one would see her.

Even as a child I read. Everything. I’ve always been a closet scholar, well before the doctorate came out of the woodwork. I want to know how everything works, the why  of the two-year-old taken to extremes. My father & mother would talk about anything – politics, religion, world events; anything except ‘personal’ things – in front of us. And I listened.

The point is that I had a rich resource context. I could look stuff up: in home encyclopædias, at the library, at the Việtnamese American Association. I could ask my folks, or the big kids on the bus, or the house help. And I did. I wanted lots of sources, even then. I wanted to know what everyone thought – that all their voices be heard. I didn’t think of it that way then, but even as a young child I knew that what Daddy thought would be very different from Chị Ba, my sister’s amah. And both vantage points were necessary.

I questioned, even as a child. Perhaps one big difference between a red & blue. Every blue I know questions everything. Reds? If it’s faith, usually not. And faith bleeds, for most of us, into all we do. Me? I questioned even faith. 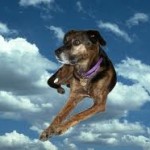 “How do you know there aren’t any animals in heaven?” I asked my Sunday  School teacher. “Animals don’t have souls,”  he explained. “How do you know that?” His final answer? THERE ARE NO ANIMALS IN HEAVEN. “Fine,”  I responded w/ my final answer. “Then I don’t want to go to heaven. What kind of heaven doesn’t have dogs? I’m staying with the dogs.”

Poor man. He had no answers. And the non-questioners still don’t, for many of my questions. Like… what about birth control for women w/ endometriosis? I had endometriosis: it’s horribly painful. And it can leave you infertile, if not treated. Does that mean poor women just give up, if they can’t afford the birth control pills that help?

The problem today is that we are so deeply divided. It isn’t a case of just representing the people like you, should you win the election. You can’t ignore half the country – neither the reds nor the blues can, or should. We need to talk. But no one is talking. We each have our own keystone issues: those so important to us we don’t think we can compromise any. Okay. But that doesn’t mean we can’t talk, and take the level of rhetoric and misunderstanding down. 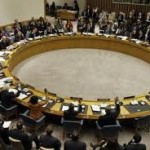 Friend B is never going to agree with me that the Bible is not a literal document.  That belief is integral to his way of thinking. But it took a lot of talking and being kind w/ one another before I realised that this was even his issue. He’s a very smart man. But his faith is a keystone issue, and I accept that. I can even admire it. Even when we disagree strongly.

Friend P is actually a friend of my sister’s, but almost a sister herself. She is absolutely committed to her faith as well, and will look at nothing not okayed by her own, personal, down-the-street church.

Nor will Friend M, although in his case the issue is more the Bible as life text. He’s studied it a lot, and feels he understands it. And some things are just so, he says.

But I also have Friend S, who spent most of highschool being beat up for a homosexuality he didn’t even know to name. He suffers — who wouldn’t? — from his own nightmares still. And Friend W, whose Native American children attend a small town Oklahoma school (public) that lacks wifi. Still. How can this be fair? How can policies that continue these injustices — continue to fund private schools with public monies — be just?

I have long histories w/ each of these people, outside and beyond political conversation. And we agree on many  things. And that’s the point: we have multiple talking points. Because we have sat together, broken bread, visited. Eaten dessert. In other words? We’re more than red & blue. We’re in this together.

But that’s not what many Americans seem to believe any more. It’s as if we are willfully blind to the half of the country that disagrees – viscerally, bone-deep, morally repelled disagreement. No matter which candidate wins – from small elections to the national one that colours and permeates all media today – half of the country looks to be disenfranchised. The reds will not compromise, they say, on ‘issues of faith.’ The blues will not compromise on ‘issues of equity.’ And when you frame things like that? It’s hard to get a conversation going…

As a former teacher, I see almost all things through a classroom lens. I hear about homophobia, and think of C, a lovely young man in one of my classes, who put a face on what it is to be gay, male, & HIV positive in Oklahoma. I listen to someone make an off-hand racist comment and think of all the many teachers who have come through graduate classes I taught: S, & D, & another S, and R… and more. So when you talk to me of general ‘ rules of faith,’ I think of real people. It’s all personal.

But I acknowledge that for most of us, our faith is also personal. Intimately so. How to reconcile that w/ protections – legal, governmental – for these people I love? We can argue until we’re purple (and maybe that’s a good idea…?) about what one faith’s text says, or what a different translation contends. Faiths are channeled through people, and people are highly fallible. Otherwise, they’re known as gods… 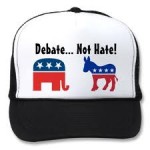 I don’t believe that half of this amazing country should be disenfranchised. Nor do I believe that politics can continue down this poisonous path. We can’t just call each other ugly names — and they can get incredibly ugly: racist, hateful, life-denying ugly — and pretend the others don’t exist.

I don’t know what to do about any of this. I want Americans to talk, and I haven’t a clue how to make it happen. My own family is deeply divided on these issues; we could be a microcosm of red & blue…

How do you handle it, those of you reading? What do you do when people you love say & believe things that will deeply hurt other people you love? I’d love to hear. My beginner’s heart feels pretty fragile these days… 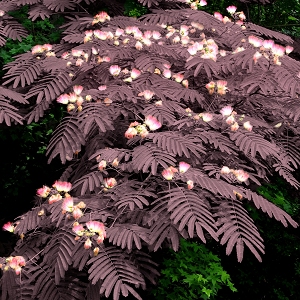 bees, chocolate mimosas, and attachment ~
archives most recent
More from Beliefnet and our partners
previous posts