Girl Scouts, the ‘war on women,’ and a day in West Tulsa ~ 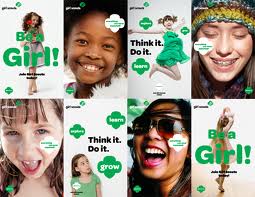 I spent the morning recently w/ about 40 Girl Scouts, three Girl Scout staffers, and two C-level Girl Scout executives. It was wonderful. There was singing, there was visiting, there were gifts for the three of us presenting, and invites to stay for s’mores. No where was there a ‘covert agenda.’

Which is interesting, because both the Catholic bishops and various other organisations appear convinced one lurks somewhere in the campfires…

What I saw that morning were well-behaved 8&9 year-olds, neatly dressed in summer playclothes, introducing themselves politely, reading from a book which had questions on women’s roles in their community. And that, I’m afraid, is what I see as the real ‘covert agenda.’

Despite numerous disclaimers from the American Girl Scouts organisation, the Catholic bishops and others have made pretty serious accusations, primarily that Girl Scouts is a ‘breeding ground for lesbians and pro-choicers.’ Girl Scouts? Really? I have to wonder if the real target is the Girl Scouts’ new campaign to make more women leaders in communities, & to acknowledge the barriers facing young women starting out in the business world today. One blogger (I’m not linking to her) said she believes those ‘barriers’ have to do with sex and abortion. And once again, all I can say (that’s polite) is…Really?? 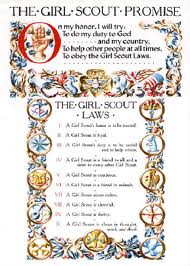 The girls in the group I visited with were children from low-income families, black & white & mixed-race & probably ‘other.’  But their families have found a way to get them to day camp, where they are  learning a lot about how women can help themselves, how they can make friends with other women. How they can enter the military, be CEOs, teach at a university. That they are valuable, valued, and worthwhile. And I’m not sure that a lot of conservatives think that’s okay. More women in the military? I’ve heard alot of conservatives argue that point, not simply the combat elements.  And Rick Santorum, who took the Republican primary in my home state, says in his book that it’s radical feminists who argue men & women should be given equal chances to  succeed in the workplace. The implication is that it’s NOT okay…

What does this have to do w/ Buddhism? Lately I’ve been thinking a great deal about how Buddhism works in the ‘real world’ — outside of a monastery, outside of a temple, inside my real, messy life. It doesn’t work to confront everyone who confronts me (although I’ve been known to try…). Nor does it work to judge them; they are as passionate about their own beliefs as I am about mine. But I am called to fight untruth & injustice — engaged Buddhists (& Unitarians, too) don’t suffer social injustice w/ equanimity. Or silence.

Girl Scouts is a wonderful program. Each of the 40 or so girls whom I met at day camp shook my hand. Some even hugged me, happy that I had come to visit. They were great girls, learning life skills that will, hopefully, stay with them for many years. And the world will be the better for it…:) 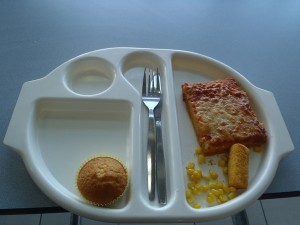 a plethora of choices, a pocketful of joys; or, how to change the world one meal at a time ~
archives most recent
More from Beliefnet and our partners
previous posts