Usually when people say this, they mean bad guys get theirs :). But today I had  lovely news: a former colleague, one of the nicest people you can imagine, was given a prestigious award. I won’t name him, only because it would embarrass him to death — and we’re not close enough for me to get away with that!

Several years ago, when he was working on his master’s and I was working on my doctorate, we were in classes together. He was a writer then — he’s more of a scholar these days, drawing on his tribal roots to work with indigenous students, helping them succeed in the pretty white world of academia.

But back then he was the one who could have used an advocate. The program we were in didn’t do right by him. He was a solid teacher — well-liked and respected by his students, always prepared, a dedicated professional. It wasn’t enough. For a number of reasons I thought at the time (and still) were BS, he wasn’t ‘renewed.’ So he left.

Fast forward several years. He has his doctorate. He just received this great award, given for his teaching, his dedication, his love of (and love from) his students. His own integrity, his passion for teaching and social justice and his tribal heritage, have come back around. They have always been where he’s put his emphasis. And the recognition for that ongoing devotion and quiet perseverance, even in the face of dismissive reductivism, has finally come to him.

My beginner’s heart is gladdened to see love, commitment and passion for good rewarded. I like to think it always is, but some weeks it’s a bit harder to believe this. Today? All is right in the karmic world. Whoohoo! 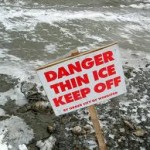