A couple in Idaho know more than anyone other than a crazed herpetologist should have to know about garter snakes. For three months, they apparently lived dead centre, on top, of a hibernaculum, where snakes hibernate in thousands during winter.

The point? Someone knowingly sold Ben & Amber Sessions this house. And yes, they signed a waiver. But who can even conceive of snakes in these numbers? In your house? Not to mention that, according to the sessions, they were told the whole story was a fabrication (I believe that, by the way — I can’t imagine being asked to sign a snake waiver…)

What kind of person could sell someone else a house filled with snakes? So many that the Sessions preferred bankruptcy to the ‘Satan’s lair’ Amber Sessions said their house had become.

I know we need money to live. But we live with ourselves. And seriously? I don’t know how I could sleep at night thinking I’d put someone in that situation. Even if they did sign a waiver. 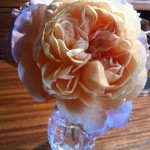