How to use the August Super Moon

Starting August 10, we’ll be experiencing one of the three ‘super moons’ of the summer, where the Moon is physically closer to the

Earth, making it appear bigger and brighter in the sky.  This also means it will have greater influence on us than usual; there are going to be some BIG challenges to be aware of, but once you see them coming you can use to them to your advantage!

The full moon will be in the sign of Aquarius, which means this weekend and the early days of next week are excellent time for creative projects, and making changes.  The sign of Aquarius is generally associated with creativity, imagination, leadership, and change, so this energy can help you come up with new ideas, or start projects you’ve been putting off.  It also may cause some painful changes that are long overdue to finally happen as well, so keep your eyes open!

As for the other planets, the Moon and Mercury will be opposite each other, so there may be conflicts between your mind and your emotions, or at least being able to clearly say how you feel.  If you find friends or significant others are moody or acting strangely, this is why.  You might also notice children go a bit extra crazy, breaking rules left and right that they normally understand.  Just remember it’s the planets messing with them, and keep a cool head!

The Moon will be square to Saturn, which is a push to grow up and put on our big girl or boy undies!  But combined with the high emotional energy, it’s easy to get caught up between putting on a brave face and feeling very sad or vulnerable inside.  Combined with the difficulties making logical sense of our emotions, this can result in some needless arguments if we aren’t careful.  Just realize you don’t have to put on a brave face if you don’t want to, and you don’t have to bury your emotions.  Also realize if you KNOW someone is hiding something or not being open…let them hold on to it.  They’ll open up soon enough.

The Sun will be Conjunct with Mercury, which could cause us to feel ignored, and act out in childish ways to get attention.  Are you sensing a theme here?  Drama, drama, drama!  If someone is brooding and explodes in a temper tantrum, this is why.  Again, realize everyone’s emotions are out of whack (including yours!) and don’t take anything anyone says or does personally.

This might seem like it’s all bad news, but really it’s nothing of the sort.  The lesson of this full Moon is a call to look inward.  You can make some substantial inner progress if you are properly directing your focus.  Pay attention to what is bubbling up inside of you, and just allow it; even if it doesn’t make sense at the time.  ESPECIALLY if it doesn’t make sense, since it probably won’t!  Don’t lash out or allow yourself to be provoked, or to get overly emotional because of anyone else’s behavior.

Take some time to pamper yourself; read, write, and reflect.  Start something new; a hobby, a project, or even a book or television series you’ve been meaning to pick up.  This will be one of the best times of the year to do some soul tending, so be sure to make the most of it!

Become a supporter of my work:  http://www.patreon.com/bdavewalters 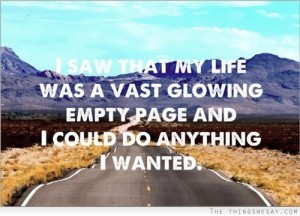 Q&A: I STILL don’t know what to do with my life…HELP!
archives most recent
More from Beliefnet and our partners
previous posts