“Things started out so great. I thought I found “the one”. Now he is nice half the time, and angry the other half. I feel like I walk on eggshells. I don’t want to leave because I know how much I would miss him but I don’t want to be yelled at anymore.”

The short answer is: leave.

Because you know who else is nice half the time?  Werewolves, the Incredible Hulk, Dr. Jekyll, and anyone else who is nice until they turn into a monster…and they make bad boyfriends, too!

Now for the longer answer, let’s break this down into pieces:
Things started out so great, which is the same as saying they aren’t great now.  How long has it been?

You thought you found ‘the one’

. Again, past tense; which means you know he’s not ‘the one’ now.

He is nice half the time, and angry the other half of the time; put a pin in that one, we’ll come back to it.

You feel like you have to walk on eggshells, presumably because of how his yelling and how he treats you, since I’ve yet to find a guy who yells and screams but treats you like a lady.

Now, assuming you won’t take my advice and leave, here is how you can get some insight into how he is acting, and possibly how you can repair the situation.  First and foremost, what is his work situation like?  Chances are extremely high that he is either unemployed, or working a job he hates; either way, the end result is the same: He feels frustrated, trapped, and emasculated.  I can say that for certain, since no confident, internally-validated man feels the need to bully anyone, much less his woman.

So the first thing to do is start giving him more validation, and definitely no nagging or complaining.  If he has a job, let him know how much you appreciate him and how hard he works; and help him figure out what else he can do to either find a new job, or at least an outlet for his frustration.  If he is unemployed, let him know you know how hard he is trying, and how proud you are of him.   Either way, triple up on the validation and encouragement.  Don’t be surprised if he still reacts negatively to your words, but they’ll start to sink in.  Say these sort of things when he is acting ‘nice’, and when he is being mean just be quiet and let him vent.

Once you see his defenses start to come down, or when he is in ‘nice’ mode, let him know that you understand he is frustrated, but that does NOT give him permission to take his frustrations out on you.  Since you love him, and he is hurting you, and hurting you doesn’t solve his problems.  Let him know that you don’t deserve to be treated that way, and you will leave him before you put up with it indefinitely.  Hopefully he hears you, and combined with some validation and a new outlet, things start to turn around.

But to be clear, my advice is not stay and work on it; my advice is still very much that you should leave.  He is a grown man, and if he hasn’t learned coping skills by now, chances are very high that he’s not going to.  Add to that he has already damaged your perception of him (he’s not the one anymore); the foundation of your relationship has been fundamentally damaged.   Staying because leaving would be painful is pointless, when staying is even *more* painful. 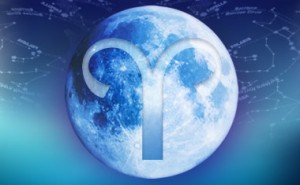 Q&A: How to make the most of the full moon in Aries
archives most recent
More from Beliefnet and our partners
previous posts