Q&A: How to learn emotional self-defense

“How can I be less sensitive?  It seems that every little thing that people say or do upsets me.  Everyone says I am just ‘too sensitive’, but I don’t know what to do.  Help!”

The simple answer is: Being ‘too sensitive’ isn’t the problem; taking things too personally is the problem. I have had the honor of talking to literally thousands of people on Facebook, Twitter, and many other places; and one thing I can say for certain is: Most of the things people worry about happening, never actually happen!

For instance, sometimes people feel like other people are working against them, but the fact of the matter is: 99% of the time they aren’t thinking about you at all.  Everyone is so busy dealing with their own baggage, issues, and unresolved trauma from the past, that they don’t really have time to be plotting against you! Even if they say or do something that hurts you, very rarely is it meant to hurt you.

Let’s say your boyfriend or girlfriend has a temper, and every time they get mad they lash out and say mean things to you.  It’s easy to get upset and say something nasty right back to them. But what good does that do?  You both end up mad, and you drive an even bigger wedge between you.  In my coaching work, I have seen countless relationships collapse under the weight months or years worth of pointless arguments.

Instead, try taking a step back and seeing what is really going on.  We have talked many times before about how many of our present problems are rooted in the past; maybe this person grew up with a mother or father who wasn’t there for them, and so they formed a belief that ‘everyone who says they love me, leaves me’.  So, when they become worried that you are going to leave them, because deep down inside they don’t feel like they are good enough for you, they lash out.  Since in an odd way, it can seem easier to drive someone away rather than watch them leave, since at least we had ‘control’.  But unfortunately, that’s just a recipe for creating more instability and misery.

However, once you know this, and can see the pattern for what it is, you don’t have to fall for it.  You can see that behavior for what it really is: A plea for reassurance, and validation that you really care about them.  The fact of the matter is, you don’t know what is going on in most people’s lives; that cranky co-worker might be dealing with a parent or child that is dying of cancer.  The mean person in the mall might have just had their car repossessed this morning.  Always remember that everyone is doing the best that they can, and to be kind, because everyone is fighting a hard battle. 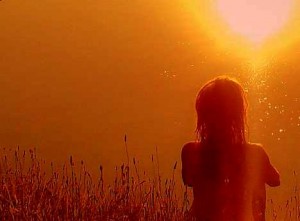 Q&A: How to find happiness and feel real love
archives most recent
More from Beliefnet and our partners
previous posts