Q&A: The Pope vs The Dalai Lama

“How come it seems that everyone (regardless of faith) loves the Dalai Lama and yet has severe resentment to the Pope?”

This was one of the questions we discussed in depth in a recent episode of Rise UP with B. Dave Walters, along with:
NEW BEGINNINGS! Setting goals, being too picky, dealing with racism, ‘real’ vampires, werewolves, witches, and magic; the Dalai Lama vs the Pope and much, much, more!
Click here to listen!

Well the first point to make is, not EVERYONE likes the Dalai Lama; while he is generally very popular, there are those who believe he is (was) a religious dictator that Tibet is better off without.  Especially when you consider he is supposed to be the 14th reincarnation of the Buddha, there are those who resist him based on that claim alone.

And also, not everyone hates the Pope, either; there are over a billion Catholics in the world, nearly 1 in every 5 people, and they probably think he’s pretty great!

Although your general point is valid, overall the Dalai Lama does seem much more beloved by the average person than the Pope.  So, why is that?

While Catholicism is certainly a valid religion and path to follow, across time there have been some undeniably terrible things that have been done by the Catholic Church.  Crusades, Inquisitions, witch-burnings, censorship, oppression, and all manner of ‘holy’ wars; along with modern problems such as archaic views on birth control and social reform.  And of course, the sexual abuse scandals haven’t helped, either.  The Pope is the figurehead of the institution, and as such he personally gets blamed for lots of these things, even if they happened hundreds of years ago.  Obviously the Catholic Church has healed a lot of sick and fed a lot of hungry people, but that sort of thing tends to get overlooked in favor of focusing on the negative.

The Dalai Lama, on the other hand, is the exact opposite.  He’s the little guy, on the run from mean ol’ China; and America loves the underdog!  He continues to stand up for what he believes in, even though it means he can never go home again.
In short, the Pope is often seen as the oppressor and the Dalai Lama as the voice of the oppressed.
Advantage: Dalai Lama.

Next, let’s look at what they teach:

Obviously it isn’t possible to boil down ALL of Catholicism or Tibetan Buddhism to a few short words, but in general Catholicism teaches that human beings are fundamentally flawed.  Because of the sin of Adam and Eve we are broken, and need to constantly be reminded of it and work for redemption, lest we get struck down at any time by an angry, vengeful God.  Also, many Christians disagree with Catholic doctrine since one of Jesus’ core messages was that we didn’t need anyone to intercede between us and God; we could go to God directly.  Catholicism instead teaches that we need LOTS of intercessors, from Mary down to various Saints, to the Pope himself and on and on.

Tibetan Buddhism instead teaches that nothing is wrong with us at all, in fact we are already perfect right now as we are.  It is our thinking, decisions, and behaviors that bring us pain.  And the way to end that pain has been laid out in a relatively simple and straight forward manner.  Americans are big fans of self-determination, and the idea that our fate is in our own hands tends to appeal to us.  But by the same token, Judeo-Christianity is the foundation this country was built on, so shaking the idea that we are sinners in the hands of an angry God has proven to be pretty difficult!
Advantage: Dalai Lama on the surface, but guilt tends to win in the end.

Next, let’s look at some direct quotes:

All major religious traditions carry basically the same message, that is love, compassion and forgiveness the important thing is they should be part of our daily lives.

Be kind whenever possible. It is always possible.

Happiness is not something ready made. It comes from your own actions.

I find hope in the darkest of days, and focus in the brightest. I do not judge the universe.

If you can, help others; if you cannot do that, at least do not harm them.

If you have a particular faith or religion, that is good. But you can survive without it.

In the practice of tolerance, one’s enemy is the best teacher.

Although the particular inclination of the homosexual person is not a sin, it is more or less strong tendency ordered to an intrinsic moral evil, and thus the inclination itself must be seen as an objective disorder.

An Adult faith does not follow the waves of fashion and the latest novelties.

Having a clear faith, based on the creed of the church is often labeled today as fundamentalism. Whereas relativism, which is letting oneself be tossed and swept along by every wind of teaching, look like the only attitude acceptable to today’s standards.

I too hope in this short reign to be a man of peace.

Our Christian conviction is that Christ is also the messiah of Israel. Certainly it is in the hands of God how and when the unification of Jews and Christians into the people of God will take place.

The fact that the church is convinced of not having the right to confer priestly ordination on women is now considered by some as irreconcilable with the European Constitution.

We must have great respect for these people who also suffer and who want to find their own way of correct living. On the other hand, to create a legal form of a kind of homosexual marriage, in reality, does not help these people.

Advantage: Depends on how liberal or conservative you are.

The Dalai Lama looks like a sweet old man you want to hug; Pope Benedict looks like the Emperor from Star Wars.

Advantage: a tie, since I love Star Wars!

The bottom line is this: both men work tirelessly to serve God (as they see it) and mankind in their own special ways.  If you are more liberal and self-determinate, the Dalai Lama probably resonates with you very strongly.  If you are more conservative and comfortable with external authority, Pope Benedict probably resonates more strongly with you.

And of course, inevitably there are those who respect, or hate them both equally! 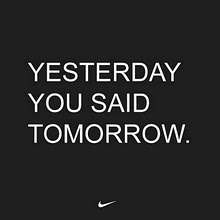 Q&A: “I am married to an addict and don’t know how to leave”
archives most recent
More from Beliefnet and our partners
previous posts