Q&A: “I always have to initiate the date, I fear he’s not interested because he’s not making effort.”

“I’ve been seeing a guy for 2 months but we’ve only gone out 3 times no sex. He works on the weekend and has grad school during the week. I always have to initiate the date, and he’ll quickly accept. I fear he’s not interested because he’s not making effort.”

Have you ever heard the saying “don’t make someone a priority when you are only their option”?

We have talked about relationships a few times before, and while every situation is different there are some things that are always true.

One of those things is that people are busy; you can’t get too upset if a person isn’t available all the time, or if you ask them to get together, and they can’t make it.

They should be making just as much effort to spend some time with you.

For instance, say you call and ask them to get together on Friday, but they are busy.  Then HE should say something like “I’m sorry, I’m tied up Friday; but let’s get together on Sunday instead”.   Him being busy is one thing, you always having to initiate contact is a big red flag.

It is possible that he is simply insecure, and he keeps waiting for you because he’s just afraid to reach out…but do you really want to be with a man who’s that skittish?

My suggestion is you back way off; contact him about half as much as you do now, and don’t ask him out at all; switch things around so that he has to chase *you* now.  Now this doesn’t mean be mean or start acting weird, just stop making yourself so available to him, so that he has to put in some effort. 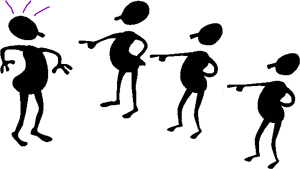 Q&A: Does the Law of Attraction blame the victim?
archives most recent
More from Beliefnet and our partners
previous posts