“Do not dwell in the past, do not dream of the future, concentrate the mind on the present moment.”
Buddha

Over the last few years, catastrophobia has continued to build for for the ominous date of December 21, 2012; the end of the Mayan Long Count calendar. So much so, many of my fans and readers asked me to weigh in on the matter.

In the video below, I give a precise explanation of why 2012 is a big deal, and what is going to happen, but I will give a short recap here.

First and foremost, no one KNOWS what is going to happen on that day, just like no one KNOWS what is going to happen tomorrow, or the day after.
The issue lay in the fact that the Mayan Long Count Calendar comes to an end, on December 21, 2012. This date has been widely touted as the ‘end of the world’, which is further inflated by the fact that the Egyptians and Sumerians had similar calendars that end around the same time. Even the Taoist I Ching can be interpreted as a calendar of sorts, which also seems to point to this date as a period of major transition.

Which is actually what the Mayans *actually * said it would be: a period of major transition; the beginning of a new world. Since the 4th world actually ended sometime around 1987, and we have been ‘in between worlds’ ever since. So I can tell you right now, nothing is ‘ending’ on December 21, 2012; it’s already ended! So if you are afraid of what is going to happen, look around: it’s happening!

As I said, I discuss this at length in the video below, so I would rather discuss the root of this fear of the future, and how it is you can over come it and prosper.

Let me ask you a question:
Why is it, when confronted with the unknown, so many people choose to respond with fear?

We have discussed Fear  at length previously; you may recall that fear can ONLY live in the future. You can not be afraid of something that is happening, only something that might happen. But along with that, this fear can serve you as a useful early warning system; a call to preparation.

So, when you look into the future: what do you see?

Do you see rolling waves of abundance, meaningful relationships and outrageous experiences? A life so full and thriving that you can’t believe you are lucky enough to be living it?

Because I’ll tell you this: either way, it’s a choice.
As I said before, no one KNOWS what is going to happen, so why not *choose * to expect the best? Remember, the Law of Attraction dictates that whatever you focus on, you are bringing into your life, so why not choose to focus on all the miraculous surprises that await you, rather than catastrophes you can’t predict?

And by the way, if you feel like expecting the worst is somehow being more ‘realistic’, I have some bad news for you: you’re a pessimist.
Since a realist, bare minimum, should expect the good and bad in equal doses, not be filled with an overwhelming sense of dread.

In the end, December 21, 2012 stands as a transitional point for the Earth in it’s eternal trip through space, and an opportunity for all of Humanity to start over again. But you know what? EVERY day is a chance for us to start over again!

There is no point in fearing nebulous prophecies that may or may not take place, or may or may not even be ‘bad’ when they do! The fact is, your individual ‘world’ is ending and beginning, all the time; new friends come and go, jobs come and go, major life events, come and go. And one day, your time will be up; and you will go on to face whatever is that is waiting on the other side for all of us.

So I invite you to look at things differently: take control of the future.
Decide what you want, make a plan, and get in action creating it.
If it really is to be our end in just a few short years (which I doubt), then squeeze all the life you can out of what time you have left, rather than cowering under the covers waiting for the sky to fall.

Since whether or not December 21, 2012 is to be our end, you will have an end one day. And when you look back, you will either be filled with pride for all you accomplished, or regret at everything you didn’t.

So choose right now, which one is it going to be? 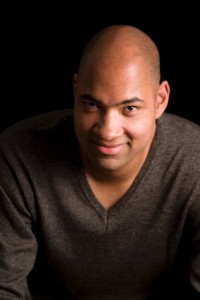 Q&A: Finding love, how to apply The Secret, and more! (VIDEO)
archives most recent
More from Beliefnet and our partners
previous posts