As for whether or not these things are ‘wrong’, most every religion and culture has some opinion on the matter. The Christian Bible has many verses warning against ‘sexual immorality’, without ever clearly stating what ‘immorality’ is! On the one hand it says things like
“You have heard that it was said, ‘Do not commit adultery.’ But I tell you that anyone who looks at a woman lustfully has already committed adultery with her in his heart” (Matthew 5:28). But, then it has an entire book dedicated to graphically describing sex between two unmarried people…one of which was married to someone else! (The Song of Solomon).

We’ve spoken before about how there is no single ‘correct’ system of morality or immorality; most anything we hold to be absolutely true someone else holds to be absolutely false, so the true benchmark of right and wrong can only be found within the confines of your own mind and heart.

The reality is, Human Beings are sexual creatures, we are born with certain urges and desires that were placed in our hearts by our Creator. It’s possible to believe our own natural urges were placed there by some sort of Adversary or Devil, but to believe that means you believe God is so weak He can’t control His own Creation; something I personally can not accept.

So, then, if it is is normal and natural to feel certain urges which ALL of us experience, then why would safely expressing them in a way that is not hurting us or anyone else, be ‘wrong’? And if even wanting to do something is truly the same as doing it, then all of us are damned in advance; but that just doesn’t seem what God is really like.
Also, notice that anyone who is too adamant about what you should and should not do sexually, probably expects you to do what *they * tell you to do in this and every other area of your life.

There is one wild card variable in all of this, however: and that is people who are sexual abuse survivors. People who were touched inappropriately as children often grow up to have warped sexual sensibilities that can manifest in unhealthy ways. If you have had something like this in your past and now you are having unhealthy sexual appetites (be it too much, or too little) then you really should seek some sort of professional help.

So, let us look specifically at these two questions specifically:
For the first question, why are you ashamed, and why would she be upset?
Do you have some particular fetish that you think is unusual, or embarrassing? Is it something you can keep private, or do you think you will have to express it inevitably? If you like something that is extremely unusual (I hesitate to use the word perverse) than it may be better to keep it to yourself or stop doing it completely.

As for the second question:
Give up the idea that it’s ‘too much’; the reality is that it is what it is.
Some guys, especially younger guys, can go many times in a day; so if you have the time, desire and the opportunity, have at it.
The deeper question is, where is this girl and why do you miss her? Is she still your girlfriend and just not around as often as you’d like, or did you break up with her? If your relationship is on the rocks, or if you are currently single holing yourself up in your room self-servicing yourself is not the best way to find a new relationship!

It is really no one else’s business what you do and don’t do, AS LONG AS you aren’t hurting yourself or someone else with your behavior.

Gnostic Theism (Religion and Spirituality for the 21st Century)

Love One Another: A safe place to come find more reasons to smile! 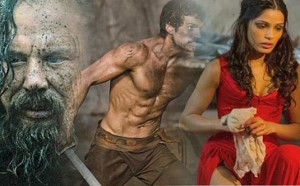 Immortals; Or, the greatest stories ever told
archives most recent
More from Beliefnet and our partners
previous posts