Fearless Friday: Angels Among Us

This show sounds wonderful so I thought I would share this article with you …. I’ll be asking someone to record it for me (I am still working in Lithuania)

CMT has tapped View sister Elisabeth Hasselbeck as host of its new series, “Angels Among Us,” premiering Sept. 15 at 9:00 p.m. ET/PT.

The four-episode “Angels” series, according to CMT, “features everyday men and women who believe they were delivered from tragedy through angelic encounters.”

Hasselbeck will present their true-life stories through interviews with the survivors, eye-witness accounts and reenactments.

The debut episode of “Angels Among Us” will commemorate the 10-year anniversary of 9/11, featuring Genelle Guzman-McMillan, Ron DiFrancesco and John Yates, whose lives were changed when terrorists attacked the World Trade Center and the Pentagon.

Guzman-McMillan was on the 13th floor of Tower One when it collapsed on top of her. She believes an angel held her hand until she became the last victim pulled from the rubble 27 hours later. DiFrancesco was one of four survivors from above the impact zone of Tower Two, escaping death after he heard an otherworldly voice urging him to run into the fire. And at the Pentagon, Yates pushed through massive injuries towards safety with the help of something extraordinary. 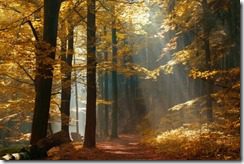 Heaven or hell: where do you live?
archives most recent
More from Beliefnet and our partners
previous posts