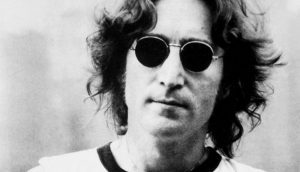 Do you remember the first time you heard John Lennon’s song, Imagine?  The sixties are over, but the mind expanding and radical sentiments are not.

It isn’t hard to do

Nothing to kill or die for

Imagine all the people, living life in peace

You may say I am a dreamer

But I’m not the only one

I hope someday you’ll join us

And the world will be as one

I have added a new verse for our times:

It is something you can do

No one to judge or be better than

They have value, too

Lennon may not appreciate the prose but I don’t think he would disagree. The need to feel more important than someone else, breeds discontent and resentment. The special, by definition, get the lion’s share of consideration, admiration and maybe even love.  They get a disproportionate piece of what is perceived as a limited pie. The less special get the leftovers or nothing. When people believe others are getting their fill while they are still hungry, both metaphorically and sometimes physically, they feel threatened and are angry. Shared goals and mutual respect fly out the window, replaced with individual goals and defensiveness.

While excellence deserves to be acknowledged and encouraged, regard should not be withheld from those who do not meet the cultural standard. Everyone wants to be loved and appreciated whether they are a Nobel prize winner, a clerk at Walmart or the shut-in next store. The Nobel Prize winner is most important of the three if you have a gene slicing or astrophysics problem but is no more human or loveable. Further, the most gifted and special among us is only an illness or long life away from shut-in status

Some say everyone is special in their own way.  In theory, if we are all special, then we are all equally deserving.  A nice sentiment, except hidden in this sentiment are degrees of specialness. Some are more special than others. Then you are back to fighting for attention.

Imagine your best interests are not separate from those around you.  Imagine the best outcomes are those that benefit everyone. That everyone deserves kindness and consideration. You may say that I’m a dreamer but I’m not the only one. I hope someday you will join us.  And the world will be as one.