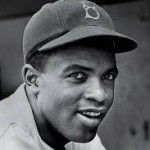 A recent CNN story tells an little-known tale of a minister who played a significant role in bringing Jackie Robinson to the Dodgers, shattering Major League Baseball’s color barrier in the process.

As I mention in my book Undefending Christianity, Christian faith is a major factor that has shaped many positive changes taking place regarding issues of race, but there are too few “good stories” to share. This is one of them. Be inspired. Be changed. Faith changes society.

Fifield, who was pastor of the Plymouth Church of the Pilgrims in Brooklyn in the 1940s, counted Rickey, then general manager of the Brooklyn Dodgers, as one of his parishioners.

A century earlier, that church had played a part in American history through its first pastor and anti-slavery activist, Henry Ward Beecher, and his connections to the fabled “underground railroad,” the secretive network that helped escaped slaves flee safely to northern states and to Canada.

Fifield’s historical footnote of faith was more passive. In a paper titled “Branch Rickey’s ‘Day of Decision’,” June Fifield wrote about a visit Rickey paid to her husband’s office at the church just before his decision to sign Robinson.

“Don’t let me interrupt, I can’t talk with you,” Rickey said as he walked into the minister’s office, according to the paper. “I just want to be here. Do you mind?”

The two men passed the time without words – the minister going about his work; Richey frenetically pacing the floor, stopping only occasionally to peer out the window on the Brooklyn Heights neighborhood that surrounded the church.

Finally, Rickey didn’t just break the silence, he shattered it.

“I’ve got it,” Rickey yelled emphatically as he banged his fist on the desk.