What Judging Others Reveals About You

Your mean comments can be used for self-reflection.

“Is it really this hard to have your boarding pass ready when you get to the gate?  You know they’re going to ask you for it. So inconsiderate.”

“Are you really going to stand there and argue with the cashier about whether or not you can use that two month old coupon? There are people waiting, you idiot.”

“What in the world are they thinking letting their kids throw that kind of temper tantrum in public? They shouldn’t have brought their kids if they were going to act like that! They have no respect for other people!”

“Express lane means 10 items or less. Your cart has way more than 10. Stop being so selfish!”

“Are you really going to hold up traffic like this because you want to make a left turn from two lanes over? Go forward and then turn around you jerk!”

Do any of these sound familiar? The odds are you have thought something similar about the man with a stack of coupons, a woman who has a thousand questions for the waiter when you need your check or that person who cut you off in traffic and then proceeded to ride their brakes for three miles. You may never say a word about the other person to anyone. You just grind your teeth and grumble silently, but when you do this, you are judging the other person.

When most people think of judgements, they think about those who sneer at a woman who is overweight or a man who is “so whipped” by his high-strung girlfriend. They think of obvious, openly cruel comments like those found in a movie about high school. In reality, however, many people make judgements that they never voice. Those judgements, however, are no less real simply because they stay locked behind a person’s teeth.

Judging other people is never a good thing. You probably learned in pre-school “if you can’t say something nice, don’t say anything at all,” and you probably got a crash course in middle or high school about how much judgments hurt by being on the receiving end of classmates’ judgments.

You know that you should not judge. You do not know what is happening in the other person’s life. Maybe that person who did not have their boarding pass ready at the gate is a first time flyer. Perhaps the children throwing a temper tantrum are normally wonderfully well behaved, and the parents are baffled at this turn of events. The person who cut you off in traffic only to drive slowly might have thought their turn was right around the corner, only to change lanes right before Holland Road instead of Holland Parkway. They were not being rude. They were lost.

Most people know that judging others is foolish since they, by definition, do not have all the information. Most people also know that they should not voice those judgements. What most people do not know is that the judgments they make say a great deal more about themselves than those judgements do about other people.

Judgements often indicate insecurity of some sort. If you judge a person for being overweight, you probably have some insecurities of your own about your body. You likely watch your own weight very carefully and feel uncomfortable or unhappy when it fluctuates. If you judge another person for having a thousand questions for the waiter about their meal, you probably worry about being seen as “wishy-washy” or “finicky” yourself. You might end up ordering a meal that you are unsure if you will like to avoid giving off the impression of being high-maintenance, or you may try to ask what you feel are more intelligent or less obvious questions.

Your judgements could also be driven by jealousy, which itself may be driven by insecurity. You sneer at a fit person who wants to lose five pounds. You decide that they are vain or a narcissist or obsessed with their body image when the reality is that you would give a great deal to look like they do now. You are jealous. You might scoff at how many questions a coworker has for the visiting board members when really you wish that you could ask such insightful questions or that you were brave enough to speak up in a room full of important people. You envy your coworker’s curiosity and courage.

You might also be judging someone else because they actually exhibit behaviors you see as flaws in yourself. You might judge the person who is flirting with everyone at the bar as “desperate” even though you come on far more strongly. You might see the person who dominates a conversation as “rude,” even though you consistently interrupt others and take control of the conversation. You are irritated by the other person’s behavior because, subconsciously, you realize you have the same problem and need to fix it.

The compulsion to judge others, in and of itself, is almost impossible to purge. What you can do is recognize that those judgements come from your subconscious and are saying something important about yourself. Use judgements not to tear others down but as a way to reflect on your own behavior and thoughts. Remind yourself that you have no idea what is going on in the life of the person you are judging and, if all else fails, stick to the “say nothing at all” option when you have judgements sitting on your tongue. 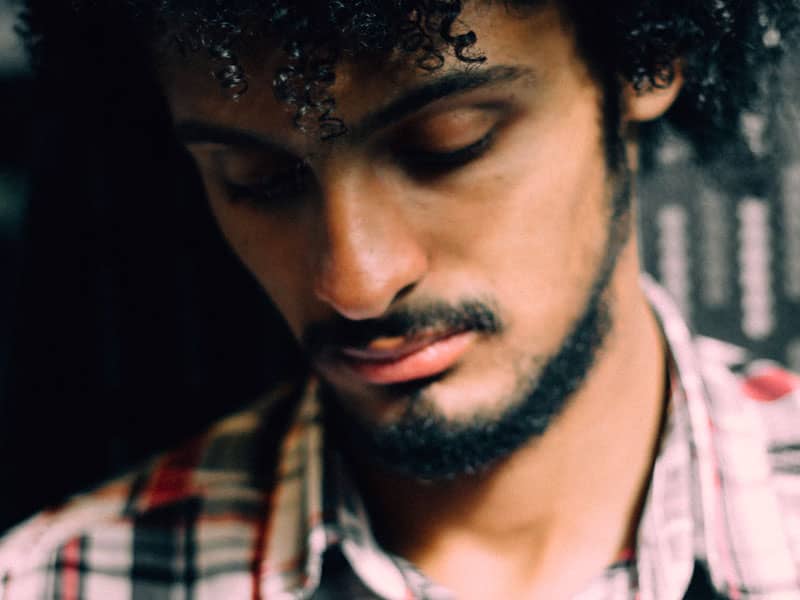 5 Ways to Manage Worry and Anxiety With God