Nearly 3,000 millennials participated in the study and statistics revealed that 76 percent of females check social media platforms at least 10 times when out with friends in comparison with 54 percent of males. 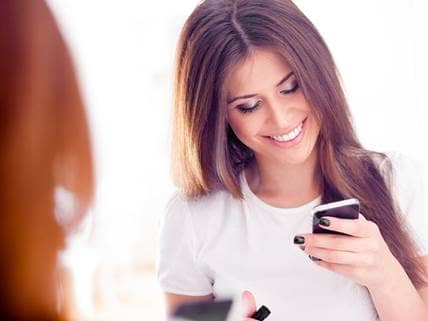 With the new advances in technology it’s to be expected that the youth utilizing the various social media outlets, that are readily available to them, would start a new trend of communication that relies heavily on the use of cell phones. Findings based on a new survey conducted to FlashGap, a photo-sharing application with more than 150,000 users, found that 87 percent of millennials admitted to missing out on conversation because they were distracted by the cell phone. Moreover, 54 percent said they experience a fear of missing out if not checking social networks.

Nearly 3,000 millennials participated in the study and statistics revealed that 76 percent of females check social media platforms at least 10 times when out with friends in comparison with 54 percent of males. The co-founder of FlashGap, Julian Kabab, believes that people are looking at social when they’re out being social and their absence is causing them to miss out on experiencing what face-to-face socialization is all about. “People miss out on parties because they want to see what’s going on, on social networks, take beautiful selfies and add filters to their pictures,” Kabab told CNBC in an interview.

The participants in the study also revealed that 71 percent of users regret posting a picture on their social network after more than three drinks. Unfortunately, many millennials do not understand the standards of social etiquette and are posting events in their life that should be avoided and reveal embarrassing actions.

FlashGap is not the first company to conduct a study in relation to the use of social media. In 2014, Virginia Tech University reported that cell phones were increasingly undermining personal interactions. In a statement the university said, “The presence of mobile technologies has the potential to divert individuals from face-to-face exchanges, thereby undermining the character and depth of these connections.” And as technology continues to advance, the desire for social media becomes even more prevalent.

This generation has grown up with social media from day one and they have not had to learn how to communicate like the other generations. The millennials view a like, comment, or online message as a means of meaningful communication and that is why they feel the need to always be “connected.”

With the conversion of web sites to be mobile friendly and the dominance of Facebook and Instagram the trend of social media usage as the primary outlet of communication will continue to grow. FlashGap is promoting their study because they have recently developed a new app that they believe will be the answer to save millennials from a social media takeover. The company’s app allows a user to invite their friends to an event and all of the participants in the event can add pictures to the album. The catch is the album is not viewable until the next day at 12 p.m. FlashGap hopes that millennials will be engaged in the events they’re participating in versus staying glued to their social media outlets.