The Secret to Being 10% Happier

Many people cringe at the idea of meditation because stereotypically it was brought by poets or hippies. Interestingly enough, meditation can essentially rewire your brain. 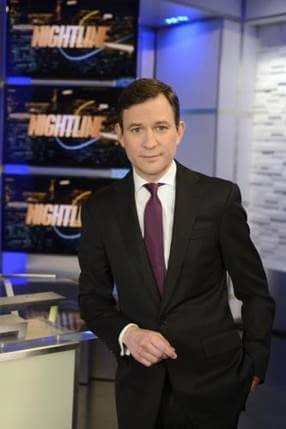 If someone said that they could guarantee you ten percent more happiness, what would you say? You’d probably be intrigued, right? No one is going to turn down being happier. ABC news anchor Dan Harris has figured out the answer to that extra ten percent of happiness – meditation. In his new book 10% Happier, Harris gives us an inside look at the voice in his head. You know this voice, it’s not the voice that people joke quietly about – it’s our internal narrator.

“Many of us labor under the delusion that we’re permanently stuck with all of the difficult parts of our personalities – that we are hot-tempered, or shy, or sad – and that these are fixed, immutable traits. We now know that many of the attributes we value most are, in fact, skills which can be trained the same way you build your body in the gym,” said Harris.

Many people cringe at the idea of meditation because stereotypically it was brought by poets or hippies. Interestingly enough, meditation can essentially rewire your brain. “People find the primary proponents of this as unbelievable but there are a lot of scientific stats. A lot of people embrace the practice,” said Harris. “My hope is that I can create converts. It will change the relationship with the voice in your head.”

10% Happier attempts to break down the stereotypical walls that surround meditation. Harris reveals that he was a bit of a workaholic and was single-mindedly set on success. All and all, he didn’t consider the psychological issues of war when he covered news as a journalist. Years and years of built up stress piled up, causing Harris to go into a panic attack on the air. Harris said that the combination of events created an unlikely odyssey. That is when he first became intrigued by the voice in his own head.

That’s when Harris found meditation and used it as a tool to change his life. “If it weren’t for meditation I would be able to do everything now just crankier and more stressed. Meditation made me better able to focus in a more effective way,” said Harris. “I’ve learned we all have this voice in our head and it’s an inner narrator. Being a meditator helped me develop a different relationship to this voice.”

Instead of looking at meditation with a stereotypical lens, be open minded and use it as a tool to live a happier life. Harris’ book, 10% Happier, will help you break free from skeptics and allow you to be open-minded on and on your way to a happier life.