Are you ready ladies? Your workouts, and exercise routines to burn unwanted fat could end in the future. It doesn’t get any better than this, as you won’t have to leave the couch to experience the positive effects. 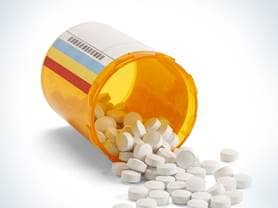 Scientist found that creating a pill that has the positive effects of workouts will be a reality. Are you ready ladies? Your workouts, and exercise routines to burn unwanted fat could end in the future.

It doesn’t get any better than this, as you won’t have to leave the couch to experience the positive effects. The pill is expected to mirror the effects of the exercising. You know the, sweating, calorie burning, and building muscle. Sorry they can’t duplicate the feel-good endorphins.

The University of Sydney and the University of Copenhagen in Denmark, found that thousands of molecular changes happen during a workout. They believe the discovery will become a gateway to an exercise pill that can mimic the positive effects. Too good to be true?

Scientists consider this a roadmap to a better health. Co-author of the study Dr. Nolan Hoffman said it was a major breakthrough as the information can be used to design a drug to create the benefits of exercise. University of Sydney professor David James said that most drugs target individual molecules.

“With this exercise blueprint we have proven that any drug that mimics exercise will need to target multiple molecules and possibly even pathways, which are a combination of molecules working together. We believe this is the key to unlocking the riddle of drug treatments to mimic exercise,” he said in a release by the university.

The pill won’t be available immediately. It could be up to a decade before we can purchase the dream drug.

For those who are immobile or who are prone to injury during exercises like the elderly—the breakthrough pill could be chance for a better life, and better health.