Herbs and spices are some of the best kept secrets in losing weight. Not only do spices make food taste better, some help the immune system! 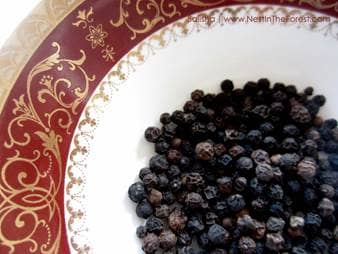 Herbs and spices are some of the best kept secrets in losing weight. Not only do spices make food taste better, some help the immune system! It is the perfect system for dieters who get tired of the same bland foods. Take salmon for example.

Add some garlic, basil, rosemary, and sea salt, and the dish takes a Mediterranean turn. Certain spices will speed up metabolism and burn fat. Try green or red chili pepper in soups and in main dishes, soups, and in salads to boost the body.

Ginger, mustard, turmeric, and cinnamon are also amazing to lose weight and stay healthy. The spicier a dish is, the more it makes you feel satisfied, along with slowing down how fast one eats.

Adding spices to your life will improve your weight and overall health. It is something to think about in addition or outside of traditional medicine.

“One of the biggest tragedies of human civilization is the precedents of chemical therapy over nutrition. It's a substitution of artificial therapy over nature, of poisons over food, which we are feeding people poisons trying to correct the reactions of starvation.” - Dr. Royal Lee said in 1951.

Here a few spices to look into.

Cayenne increases calorie and fat burning. This could result in a loss of abdominal fat and an increase in metabolism by raising the body’s temperature. It can help the joints, the immune system marinade. Also, cayenne peppers have flavonoids, potassium, and vitamin C.

Use this pepper on meat dishes, or pasta. You only need ½ a teaspoon. Cumin is another spice that you just need a teaspoon in meals to get you on the way to lose weight. Researchers found that women who had cumin three times daily lost more weight. Another one rich in color and benefits is turmeric. It reduces fat in the liver and helps the body metabolize fat. Ginger is great for weight loss and it helps you feel full longer, balances blood glucose levels, and boosts the immune system. A study found that sipping on ginger tea reduces appetite.

US National Library of Medicine found: “Evidence suggests that ginger consumption has anti-inflammatory, anti-hypertensive, glucose-sensitizing, and stimulatory effects on the gastrointestinal tract. This study assessed the effects of a hot ginger beverage on energy expenditure, feelings of appetite and satiety and metabolic risk factors in overweight men.”

Black pepper is the most widely used spice in the world. This common spice improves digestion. The main component is called piperine, and this helps break down fat cells and keeps new ones from forming. A study published in 2012 that piperine was very important regarding fat burning. Lead researcher Ui-Hyun Park, PhD (Journal of Agricultural and Food Chemistry) found:

“Our findings suggest that piperine, a major component of black pepper, inhibits fat cell differentiation ... thus leading to its potential use in the treatment of obesity-related diseases.”

Add black pepper to dishes, soups, salads, and to your eggs. It sets off a positive chain reaction in the body and could be used in the future to treat obesity. Also try mustard seed poweder in foods as this can burn up to 1,000 calories per day!

Cardamom removes toxins, and waste from the body. The spicy-sweet flavor, aids digestion and helps with weight loss by helping metabolism.

Opt for organic spices and herbs, and always check with your doctor as some spices interact with medications.