Get Educated on Your Metabolism 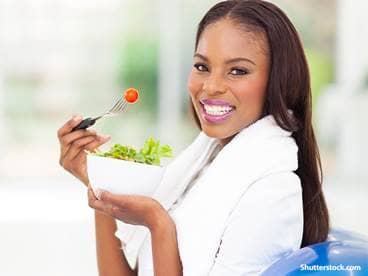 You’ve probably used the term metabolism a time or two, when referring to how your body processes weight and your general chemical makeup. But, do you really know what metabolism is and how it actually works? Whether you’re battling a weight loss issue or not, it’s important to educate yourself on what happens when your body is metabolizing food and the overall functionality of your digestive system.

Contrary to what many believe, gender, daily habits and even health conditions do actually affect an individual’s metabolism. The term metabolism actually refers to the processes in the body that use energy. The majority of people are interested in their RMR – which is the amount of calories a person burns while they’re sitting around. It’s important to know how many calories you’ll burn while sitting down, especially if you have a desk job and don’t exert a lot of physical energy throughout the day.

It’s important to know that you can boost your metabolism with protein. By adding more protein to your diet, you can actually increase the amount of calories you burn. You’ll want to choose lean proteins like chicken and fish instead of fattier cuts and consume smaller amounts over the course of the day. Most people know to stay away from sugary carbs like doughnuts, sodas, white bread and crackers because these items can slow down the body’s weight loss and raise insulin levels. The insulin forces the body to store the sugar for later and the result becomes fat. Look for high quality carbohydrates like vegetables, fruit, bean and legumes, and whole grains.

Metabolism is also directly related to the activities and exercise routines that an individual regularly participates in. The more muscle mass a body has means the more calories that will be burned. Strength training and other exercise routines have proven to raise a person’s RMR. However, ladies should know that men usually have more muscle mass and higher levels of testosterone which influences a higher calorie burning. In many cases, women get discouraged because men tend to shed more pounds during a weight loss challenge even though they’re exerting the same amount of work as a female.

Another way gender affects metabolism is through menopause. Unfortunately menopause can drastically lower the body’s calorie burning ability. During menopause, estrogen levels drop and lower the metabolic rate which can cause belly fat to accumulate. Women going through menopause should meal plan and consult a dietician for meal ideas based on weight loss goals and health goals.

There are many other health conditions that affect an individual’s metabolism. Whenever a patient receives a diagnosis from their doctor, it’s important to learn how the condition can affect the body and most importantly what side effects any medications may have.

One of the biggest misconceptions behind metabolism is the idea of skipping a meal and notion that you’ll lost weight. In reality, not eating sabotages your metabolism. Eating larger meals to offset skipped meals will result in metabolic problems because your body will store fat whenever you decide to eat. The ideal meal plan would be a healthy breakfast, lunch and dinner each day – with a low calorie snack in between meals. Meals should contain vitamin D because medical professionals have seen that a vitamin D deficiency is associated with an increased risk of becoming obese.