The Passion of Kara Tippetts

Kara Tippetts is dying. She knows it. 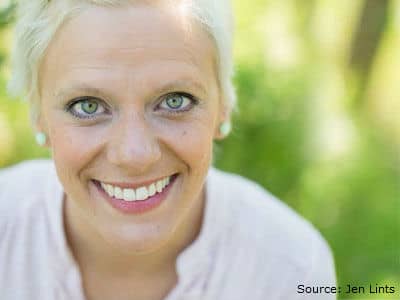 Kara Tippetts is dying. She knows it. You can read about it on Mundane Faithfulness, the blog the young wife of a pastor and mother of four writes about her cancer journey. I know, I know, another online cancer diary. But this one is different. It’s in the frank way she writes about her cancer. It can be unbearable sometimes. You want to flinch, to turn away from it. This can’t be happening. You look at the photos she posts to her blog, and you can’t reconcile the fact that a woman under the age of 40, with four little children is – barring a miracle – going to die, and die soon.  She holds your gaze with the uncanny light that passes through Kara and her weary, chemotherapy-ravaged face. This is a woman in enormous physical and emotional pain. This is a woman who has been transformed by joy, a joy that is so authentic you can almost taste it. She would say that the light is the light of Christ, and I believe her. What gives Kara’s witness so much credibility is her complete lack of sentimentality about her condition and her prospects.

Christians facing terminal illness often talk in pious, uplifting clichés. I don’t fault them for this; when you are being carried downstream by a raging torrent, you will take hold of anything that will keep your head above water. Still, it’s hard to avoid the conclusion that many  Christians who write about their struggle with terminal illness invoke faith as a way of whistling past the graveyard. That’s not Kara’s way. She plunges into the deep pools of pain, diving to the bottom and bringing back pearls. After a respite, her cancer became aggressive again, and she had to submit once again to chemotherapy. She wrote on her blog:

I came home and slept for two hours -- that’s all the steam my body has after the killing poison. Jason and I were tucked into this beautiful arbor and I simply wept. I wept sorry to him. I wept sadness that it’s so hard for him. I wept for us -- for the story we dreamed, and the story that is. I’m grateful for this life, but I grieve what I thought it would be. It’s not cancer that brings the bottom; it’s my hopes and dreams colliding with reality. And in that edge -- grace. Gentle grace to receive the story.

Kara tells her story in a book, The Hardest Peace, coming out on October 1. Reading it is to be shocked, over and over, by the audacity of her hope. In the chapter that haunts me, Kara writes of the long talks she has had with Jason, her husband of 16 years, planning for the day when she is no longer there. She writes about the letting go of what is passing to embrace what is eternal. She writes about what it means to dwell in love within the sovereignty of God. Here is what that means:

The other day I was praying for that woman that might come after me. I prayed God would be gracious with Jason and the kids, and bring them someone that would love them with a fierce uniqueness. I was praying for her to have the grace to enter this place, this hard place of broken hearts with her own special brand of love and gentleness for the hearts of my children and husband. I pray that she will be met with warmth and open hearts. And in the struggle against the edges of this life she will face, I pray she is patient.

Can you imagine? This woman is praying for the wife she hopes her husband will take after she is dead – the woman who will be the mother of her children. And she does this for the unselfish love of God and Jason. He has been a terrific husband, she writes, having been blessed by God with the “gift” of excelling in married love. “The thought of his giftedness in marriage dying with me felt suffocating,” Kara writes. “How could I rob him of this gift he’s been uniquely given?”

Kara Tippetts is dying, but more significantly, she is dying to herself, as all Christians are told we must. And she is dying to worldliness. On her blog this summer, Kara – I don’t know her, but you can’t read her blog without feeling that she’s an intimate friend – wrote that her cancer has liberated her from the petty concerns of everydayness. It has freed her from the temptation to let small things derail her, to allow destructive habits within herself, her family system, and her community, distract her from the real and pressing business of life. She knows that her days are numbered. She wants as much life as she can have in the time she has left. Therefore, Kara does not want to waste time on people who don’t want to live in joy and truth. In a recent blog post about “dying well,” she wrote about how cancer caused her to repent of her cruel treatment of a childhood classmate (she tracked him down and asked forgiveness), and how she doesn’t want to hear small talk. She wants to be hear from others “the real story, not the pretended together story.” What if we all lived that way, open to the transformative effects of radical grace? The prospect of imminent death has clarified things for Kara. And it clarifies things for her readers. I go to her blog with trepidation, mostly because I’m afraid of bad news for her and her family, but in part because her honesty scares me. Every day, she offers us the words of eternal life, and I don’t always want to hear them. If this woman, who is having everything steadily stripped away from her, can live with such joy and love, what is my excuse?

This Colorado Springs housewife and mom meets the day as if Christ’s promises were true. Imagine that. Look at her face. It is an icon of love, a window into heaven. We hear stories from the Christian past about how the martyrs went to their death with joy on their faces. I never really understood that. Now I do. Kara Tippetts is dying. Then again, so are we all. But few of us live as intensely as she does, though there’s no reason why we cannot. How mysterious and marvelous it is that as night falls on her too-short life, the warm light of a thousand suns rises in her eyes. When her story ends, and the tale of how she met the martyrdom of cancer becomes better known, the light will be so strong that even the blind will see.

Rod Dreher Rod Dreher is author of The Little Way Of Ruthie Leming, which was recently published in paperback. He can be reached at rod@amconmag.com.