The New York City Health Board agreed to back a salt warning for chain-restaurant menus. 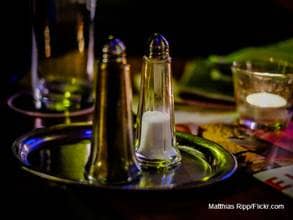 The New York City Health Board agreed to back a salt warning for chain-restaurant menus. The eateries will have to update all menus with a salt-shaker symbol to help consumer avoid high-salt content food.

The Associated Press and The New York Post reported about the move set to launch Dec 1.

“This really represents, to me, the next step in allowing usable information for our community to make better health decisions,” board member Dr. Deepthiman K. Gowda said.

“My hope is that this impacts not only consumer practices but also impacts the practices of our restaurants.”

Looking into consumer practices like salt is not the first time the city has added guidelines for restaurants. In 2007 the New York State Restaurant Association

The soda saga of 2012 poked the beehive. Former New York City Mayor Michael Bloomberg proposed a ban on soda’s over 16 ounces being served in the restaurants.

felt that adults are too overweight, and that something needed to done, and restaurants would face fines, according to CNN. The New York State Court of Appeals ended the mayor moving forward with the ban after the industry and people opposed the decision in 2013.

The FDA said that American’s eat and drink “about one-third of their calories away from home. Making calorie information available will help consumers make informed choices for themselves and their families.” New rules are in place that standard menu items must have the calories listed at the end of 2016, but not sodium.

The average sodium content for Americans is an estimated 3,400 milligrams daily. The recommendations are 2,300 or lower for people over the age of 50, according to The Mayo Clinic.

Some of the chains that will have the new label will be Panera Bread, IHOP, Burger King and Olive Garden.