I want to introduce you to a secret healing therapy that can take your spiritual, physical and emotional health to a whole new level…it’s called the Daniel Fast and it includes many Bible foods that support healing. 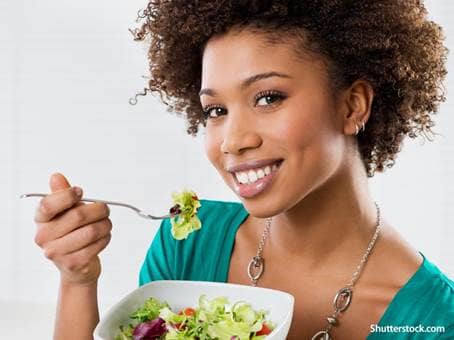 I want to introduce you to a secret healing therapy that can take your spiritual, physical and emotional health to a whole new level…it’s called the Daniel Fast and it includes many Bible foods that support healing.

Fasting is a natural discipline that can bring supernatural results.

And, Fasting works when nothing else will.

The Bible is filled with more than 70 references to fasting, but over the last several decades fasting has disappeared from the church and is only beginning to make a resurgence today.

What is a fast?

Fasting is abstaining from something like food, drink or entertainment for a period of time to create some type of benefit in body, mind or spirit.

There are many types of fasts which include:

There are many variations of these fasts, and there are spiritual benefits of all of these, when we are able to devote the time spent eating to focus on God and serving others.

If you are looking for a healing breakthrough in body, mind and/or spirit, then you may consider doing a Daniel Fast.

What is a Daniel Fast?

The Daniel Fast is a biblically based partial fast referenced in the Bible, particularly in two sections of the Book of Daniel:

According to our understanding of the Hebrew definition of “pulse” that was used in the verse for vegetables can actually mean a range of foods. Here is the Daniel Fast Food List of what you are allowed to eat:

VEGETABLES (should form the basis of the diet)

And, Fasting works when nothing else will.

The Bible is filled with more than 70 references to fasting, but over the last several decades fasting has disappeared from the church and is only beginning to make a resurgence today.

On the Daniel Fast, you should not consume any of the other foods or beverages listed below. And, I want to mention that on the Daniel Fast some allow sea salt or himalayan salt and others do not. My recommendation is to only use a bit of sea salt when necessary in flavoring dishes. Here are foods you definitely want to refrain from eating:

NOTE: Nutritional supplements are optional – but any taken would preferably be in line with the ingredients that are listed.

Daniel was among the best and the brightest of the Israelites of his time. In the book of Daniel in the Bible, the backdrop is set: King Nebuchadnezzar of Babylon
had seized Jerusalem, the capital city of Judah, and had taken King Jehoiakam captive and overrun God’s temple.

As the victor, King Nebuchadnezzar had the power to select and “enlist” young Israelite men to serve in his Babylonian palace, and he wanted only the best. So, he chose young men from wealthy, influential families who are strong, handsome and intelligent, and who exhibited strong leadership qualities.

So, Daniel and some of his friends were “enlisted” in a three-year training time prior to entering the king’s service, and King Nebuchadnezzar appointed his chief official to be in charge of them and the other leaders-in-training.

Here’s the scenario: Daniel and his buddies—devout Israelites—are placed in a pagan palace to be trained up to serve a pagan king, a process complete with a prescribed diet of food and wine from the king’s own table. Most historians agree that the king’s menu most likely included food that had been sacrificed to idols and/or meat from unclean animals, both of which are strictly forbidden by Jewish dietary customs.

Daniel, being a winsome man of conviction, asks to eat only vegetables and to drink only water instead of what’s on the king’s menu. That request was acknowledged by (not approved by) the king’s chief official, but he didn’t want to risk Daniel and his friends looking unhealthy or frail by not eating what the other recruits ate. Since Daniel couldn’t get the king’s chief official to agree to the veggie and water diet, he asked the guard appointed to care for Daniel and his three friends instead.

It took some convincing, but Daniel’s request was granted. Here was the deal. Daniel said, “Please test your servants for ten days. Give us nothing but vegetables to eat and water to drink. Then compare our appearance with that of the young men who eat the royal food and treat your servants in accordance with what you see.” (Daniel 1: 12-13)

After ten days of only “pulse”—which consists of vegetables, fruits, seeds and grains—and water, Daniel and his comrades were brought before the King.

The results? Their health and appearance “appeared better than all the young men who consumed the ‘best’ food of the land from the very table of the king.”

Fast forward three years and beyond—while still eating only the pulse and water diet—and Daniel still outperformed those who ate the king’s delicacies. In fact,
the king found Daniel and his buddies were “ten times better than all the magicians and astrologers that were in all his realm.”

What’s more is that Daniel outlived the king and advised the king’s grandson, Belshazzar, roughly 70 years after the reign of Nebuchadnezzar began!

The tenth chapter of Daniel describes how he ate “no choice food; no meat or wine touched [his] lips” (Dan. 10:3) for three weeks.

At this point in time, Daniel is approximately 85 years old, well beyond the years when he was a young man in King Nebuchadnezzar’s palace. However, Daniel was still attentive to what God had for him to do, which was also reflected in his diet.

For example, in Daniel 10, Daniel gets a vision from God about the future plight of the Jewish people for rejecting the Messiah and the gospel, leading Daniel into a state of sorrowful mourning that leads to his 21-day fast.

In Hebrew, the words “choice food” suggest that Daniel refused desirable foods, most likely breads and sweets or at least foods which were considered tasty. Once again, Daniel trimmed his diet down to the basics—only for sustenance, not indulgence or personal satisfaction—so that he could focus on the spiritual, not his personal needs or wants.

And while there certainly are spiritual benefits to fasting, physical and mental benefits can occur as well.

Dr. Josh Axe is a doctor of chiropractic medicine, and is also a superfood nutritionist, following eating patterns set forth in the bible.