Should the Drinking Age be Lowered?

Don’t be surprised if you see a new law passed lowering the drinking limits from the age of 21 to 18. 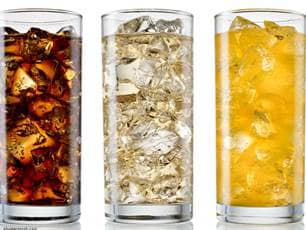 Don’t be surprised if you see a new law passed lowering the drinking limits from the age of 21 to 18. This potentially makes many nervous, but the support is also staggering. Advocacy groups like Students for Sensible Drug Policy, and the National Youth’s Right’s Association believe it promotes more drinking and violates person civil liberties.

There are states that could change the law. New Jersey, Minnesota, and New Hampshire where expected to propose a bill to lower the drinking age from 21 to 18 if they were drinking with an adult 21-years-old or older. We’ve have not heard much since this announcement in January, as the bill assumedly died prematurely. The fight continues for both sides on the issue, but no progress has been made.

At one time you could buy a bottle of wine at 18, but the The National Minimum Drinking Age Act was passed in 1984 and changed the dynamics. The bill required all states: “That States prohibit persons under 21 years of age from purchasing or publicly possessing alcoholic beverages as a condition of receiving State highway funds. A Federal regulation that interprets the Act excludes from the definition of "public possession," possession "for an established religious purpose; when accompanied by a parent, spouse or legal guardian age 21 or older; for medical purposes when prescribed or administered by a licensed physician, pharmacist, dentist, nurse, hospital or medical institution; in private clubs or establishments…”

Mothers Against Drunk Driving (MADD) were staunch supporters of this the 1984 law, stating that it has saved countless lives. It cut down tragedies as much as 16 percent, reduced crashes, and prevented further deaths from underage driving.

The organization, founded in 1980, has advocated the threat underage drinking causes. They believe that education would not be enough to keep people safe if the age drops to 18. Young adults still overindulged. The federal government back MADD and passed a law in all 50 states to 21, many states you were allowed to buy alcohol at 18 after prohibition ended in 1933.

The National Institute on Alcohol Abuse and Alcoholism reported that 1,825 students die from alcohol-related injuries.

“Underage drinking, as well as harmful drinking among students of legal drinking age, continues to be a major problem on U.S. campuses. Researchers estimate that each year 696,000 college students are assaulted by another student who has been drinking, 97,000 students report experiencing alcohol-related sexual assault or date rape and 1,825 students die from alcohol-related injuries.” Supporters of lowering the drinking limit believe it is prohibition, which makes rebellious teens go for the alcohol more, than of they’d had to wait.

Take Students for Sensible Drug Policy founded in 1998 to help change the current laws. The organization believes that lowering the drinking age would give parents more options to instill safer drinking practices and more sensible decisions.

The site said: “The 21 year-old drinking age has pushed young adult and adolescent drinking behind closed doors and away from supervision by parents, residence life staff, and other adult’s authority figures. 90 percent of the alcohol consumption by individuals between 18-20 years old is done while engaging in binge drinking behavior.”

The Amethyst Initiative was started in 2008. Professors, presidents and chancellors from universities country-wide signed their name to a public statement that the current age for drinking causes even more abuse of alcohol on campuses. They believe by setting the age at 21, is doing more harm than good.

“Alcohol education that mandates abstinence as the only legal option has not resulted in significant constructive behavioral change among our students. Adults under 21 are deemed capable of voting, signing contracts, serving on juries and enlisting in the military, but are told they are not mature enough to have a beer. By choosing to use fake IDs, students make ethical compromises that erode respect for the law.”