What You Need to Know About the Zika Virus

The Pan American Health Organization (PAHO) released an alert in May 2015 confirming the first reported case of the Zika virus in Brazil. 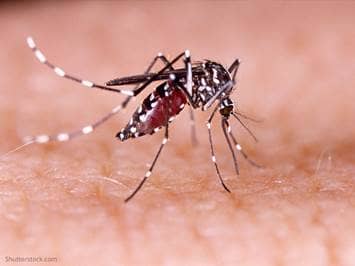 The Zika virus is the latest disease massively effecting North and South America. The virus is spread to people through Aedes species mosquito bites and common symptoms are fever, rash, joint pain, and conjunctivitis. Most symptoms are mild and last from several days to a week. Life threatening situations are uncommon.

The Pan American Health Organization (PAHO) released an alert in May 2015 confirming the first reported case in Brazil. Unfortunately the outbreak led to reports Guillain-Barre syndrome and pregnant women giving birth to babies with birth defects and poor pregnancy outcomes. Due to the growing concern of potential birth defects for pregnant women, the World Health Organization declared the Zika virus as an international public health emergency. Officials at the Centers for Disease Control and Prevention have recommended pregnant women against travel to about two dozen countries – mostly those in the Caribbean and Latin America where the outbreak has grown. The infection is reportedly linked to the development of unusually small heads and brain damage in newborns.

There is no vaccine to prevent the disease, nor is there a specific medicine to treat Zika infections. Physicians recommend treating symptoms by getting plenty of rest, drinking fluids to prevent dehydration, and to take Tylenol to relieve and fever or pain. It’s important for Zika patients to prevent mosquito bites for the first week of illness. During the first week, Zika virus can be found in the blood and passed from an infected person to a mosquito through mosquito bites. Also, an infected mosquito can further spread the virus to other people.

Furthermore, experts have also said that the virus can be sexually transmitted. As of February 2, there have been three reports of the Zika virus suggesting sexual transmission. Health agencies around the world have a variety of estimates for the Zika virus’s incubation period within the body. However, all estimates range from between two and 12 days after the initial mosquito bite.