Symptoms vary for each individual with MS from bladder disruption, numbness, poor vision, cognitive challenges, and severe stiffness. The disease hits the central nervous system and it affects the brain, body and spinal cord. 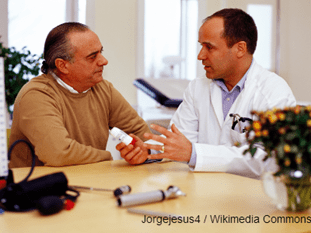 Symptoms vary for each individual with MS from bladder disruption, numbness, poor vision, cognitive challenges, and severe stiffness. The disease hits the central nervous system and it affects the brain, body and spinal cord. People with MS see the destruction of the myelin, the think fatty substance that coats the nerve centers in the brain and also the spinal cord. When the myelin is damaged, it’s harder for the body to receive messages as they are slow or become blocked. But who gets MS?

Researchers found that MS increases in those who live away further from the equator, than those that don’t writes the Multiple Sclerosis Association of America. The common thread here is not enough vitamin D that is found in natural sunlight. Genetics could also play a part in having MS. There are an estimated 400,000 people suffering with MS in the U.S. alone.

There is a small percentage (3-4 percent) chance of a child being diagnosed with MS sometime in his or her future, the National Multiple Sclerosis Society reported. Smoking and nutrition might also have a role in MS. Here are several clues the MS could be the culprit.

Bladder dysfunction is one problem people experience. When there is a lack of control of the bladder muscles that leaves to failure to store urine, empty, or it can be a combination of both. People could also have incontinence, or frequent urination.

Involuntary muscle contractions can cause stiffness, and pain. This known as spasticity known to have both muscles contract or relax at the same time, this allows stiffness, and mobility being interrupted, and gives way to discomfort.

Also, you might notice that your balance is off, activities like yoga, dancing, or walking could prove harder. Severe fatigue is another system that starts off slowly and can hit hard during the afternoons.

People with MS are heat sensitive, and can feel an increase in fatigue. Slurred speech is another system cause from MS, like Dysarthria.

Additionally people can experience numbness, pins and needles feeling, or tingling, a burning sensation, or pain on contact. Intentional tremors happened when a person is active like when reaching for a glass, and is the most common tremor, while postural will make one shake while in a sitting position.

The Nystagmus tremor causes eyes to make radical movements, and jumpy, also blurred vision is a symptom. The reason is MS attacks the optic nerve and cause inflammation, and pain.

There could be other reasons for many of these neurological issues, so go see your physicians so they can diagnose you correctly and if there is another pending illness that needs to be looked into.