A new study published in the Journal of the American Medical Association revealed spending an extra time outdoors reduces the rate of nearsightedness in children. 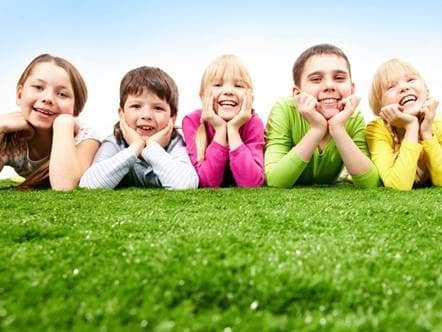 Do you need another reason to encourage your child to put down the video game or tablet and engage in more outdoor activities? A new study published in the Journal of the American Medical Association revealed spending an extra 40 minute a day outdoors for three years resulted in a reduction in the rate of myopia, or nearsightedness, in children.

Myopia is often referred to as nearsightedness and is the most common refractive error of the eye. According to AllAboutVision.com a recent study conducted by the National eye Institute (NEI) shows the prevalence of myopia grew from 25 percent of the U.S. population (ages 12 to 54) in 1971-1972 to 41.6 percent in 1999-2004. Many doctors believe that the increase in numbers is directly correlated to the eye fatigue that many suffer from because of the prevalent use of computers and tablets.

Individuals who suffer from nearsightedness typically have difficulty reading road sides and seeing distant objects clearly. However, they’re able to see objects up close such as reading and computers/tablets.

The study by NEI took place in China where myopia has reached levels that are being referred to as an epidemic. Dr. Mingguang He of Sun Yat-sen University in Guangzhou, China and his team looked at about 1,900 first graders from 12 different schools over a period of three years. Six of the schools incorporated one additional 40 minute class of outdoor activities daily. The other six schools continued their usual pattern of outside activity and didn’t incorporate any additional outdoor time. Children and parents for all schools were encouraged to engage in more outdoor activities after school hours, especially on the weekends and holidays.

After three years, results showed that the incidence of myopia was 30.4 percent in the group of students who spent extra class time outside. However, 39.5 percent of the children without the additional outdoor time were diagnosed with myopia. Researchers believe that it is very important for the issues of myopia to be addressed at a young age because the earlier the prognosis the higher chances of severe cases developing as the individual grows older.

The research was accompanied by an editorial by Dr. Michael X. Repka of the Johns Hopkins University School of Medicine stating, “Establishing the long-term effect of additional outdoor activities on the development and progression of myopia is particularly important because the intervention is essentially free and may have other health benefits.”

Incorporating more outdoor time for children has already been studied in areas of social skills and has proven to be resourceful to fight obesity amongst youth. Many people have expressed concerns about the exposure of sunlight due to rising cases of melanoma however; there are many precautions such as sunscreen and protective eyewear that can be used to avoid damages that can be caused by the sun. Vitamin D affects the biological function by influencing nearly 3,000 of the body’s genes through Vitamin D receptors. The benefits are immeasurable and continue to astound researchers and medical professionals.