How Medical Marijuana or Hemp Oil Can Advance Health

The battle continues to legalize marijuana for medical purposes, but some research suggests you can’t deny its healing properties. 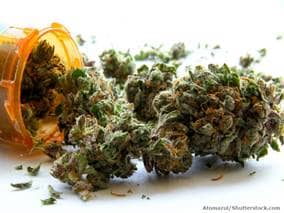 There has been misinformation about the issues of medical marijuana due to the gross misuse, and fraudulent health claims so people can access the drug. Oncologist James W. Forsythe, M.D. writes that those who would benefit from marijuana can’t access it as it is classified as a felony. Hemp oil or Marijuana has the ability to cure and control cancer on some patients Forsythe reported in his book, Stoned

People have also experience relief from pain, arthritis, or other ailments that would not respond to traditional pain medications. HIV patients were given marijuana to help them increase their body weight. Researchers found that marijuana could slow down the Alzheimer’s disease, and slow the “Damaging of vital bodily cells sometimes caused by diabetes.”

"We found that CBD alone makes bones stronger during healing, enhancing the maturation of the collagenous matrix, which provides the basis for new mineralization of bone tissue. After being treated with CBD, the healed bone will be harder to break in the future," Dr. Yankel Gabet said.

Here are other health problems researchers believe marijuana can help with according to WebMD.

4. Crohn’s disease However, the medical community has viewed this as bogus.

Pharmaceutical companies would lose billions if the herb was legalized and tailored to help various health issues. Only people who have a specific card from their practitioner can access medical marijuana. The federal government has banned the plant and considers it dangerous.

believes marijuana is “the most dangerous drugs of all the drug schedules with potentially severe psychological or physical dependence. Some examples of Schedule I drugs are: Heroin, lysergic acid diethylamide (LSD), marijuana (cannabis), 3,4-methylenedioxymethamphetamine (ecstasy), methaqualone, and peyote.”

Some doctors are asking the DEA top change it to a Schedule 2 drug.

US Surgeon General Vivek Murthy believes that there are benefits to using the plant to benefit health he said in a CBS interview.

"We have some preliminary data showing that for certain medical conditions and symptoms, marijuana can be helpful. His statement echoes a growing sentiment in the medical and scientific communities that the health benefits of marijuana should no longer be ignored.”