How Dangerous is Your Sunburn?

This July, Acting U.S. Surgeon General Boris D. Lushniak, a dermatologist, announced that nearly five million Americans are diagnosed with skin cancer annually and its incidence is on the rise. 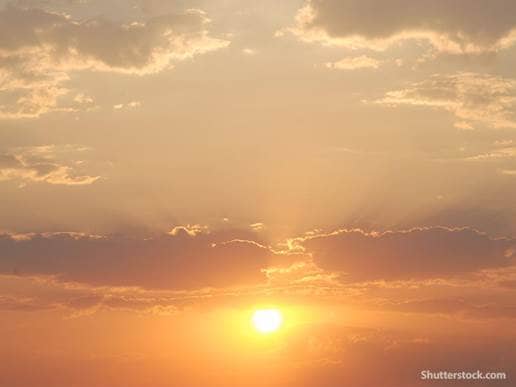 Despite loads of evidence that exposing skin to the sun’s rays is just about the worse treatment you could give it, far too many of us persist in our love affair with the sun. Old sun habits, developed long before we knew how bad they could be, are hard to break.

Unfortunately, the sun damage we’ve accumulated over the years is starting to catch up with many of us. This July the Acting U.S. Surgeon General Boris D. Lushniak, a dermatologist, announced that nearly 5 million Americans are diagnosed with skin cancer annually and its incidence is on the rise. The deadliest of skin cancers, melanoma, has climbed 200 percent from 1973-2011; sadly, it’s one of the most common cancers among adolescents and young adults.

Sun 101
The skin is your body’s largest and most complex organ. It uses ultraviolet radiation (UV) from sunlight to produce bone strengthening vitamin D and even fight depression. However, the minimum daily requirement is not much more than 15 minutes. “Years ago, grandma would tell you to go out in the sun to get Vitamin D to prevent rickets,” said Robert R. Walther, MD, professor and vice-chair Department of Dermatology, Columbia University College of Physicians and Surgeons. “But today you get Vitamin D through fortified milk or orange juice and other foods.”

More prolonged exposure to UV light causes a variety of effects including sunburn, or inflammation of the skin; suntan, or increased pigmentation of the skin; photo-aging, the chief cause of loose, wrinkled, blotchy, leathery skin that makes you look decades older than you should; and last but certainly not least skin cancer.

One in 50 Will Develop Melanoma
Basal and squamous cell carcinomas are the most common skin cancers. They usually occur in prominent, sun exposed areas like the face, head and neck, and treatment can be disfiguring. Melanoma is the deadliest form of skin cancer, killing one American every 57 minutes.  The numbers are rising dramatically partly due to the thinning ozone layer and increased tanning bed use by young women, said Dr. Walther. One person in 50 can now expect to develop melanoma at some point, up from one in 1,500 in 1935 and one in 250 in 1980.

Some 63,000 people in the U.S. are diagnosed with melanoma every year.  Although mostly found in older adults, it’s the most common cancer in adults ages 25 to 29 and the second most common for those aged 15 to 29.

Our Biggest Misconceptions
One reason that people ignore the warnings that we’re more vulnerable to premature skin aging, and at higher risk for skin cancer, is the belief they look better with a tan. But it was only in the 1940s that a tan became fashionable - before that most American women shunned the sun. Today, more than 400,000 cases of skin cancer are estimated to be related to indoor tanning in the U.S. each year. Nearly one out of every three white women, aged 16 to 25, engages in indoor tanning each year and less than half of all teenagers use sunscreen.

“Tanned skin is damaged skin,” said Dr. Lushniak, “and we need to shatter the myth that tanned skin is a sign of health. When people tan or get sunburned, they increase their risk of getting skin cancer later in life.”

Be Sun-Wise
There are ways to avoid sun damage while still enjoying the great outdoors:
- Avoid the midday sun as much as possible between 10 a.m. and 4 p.m. when the sun’s rays are most intense. Try to stay in the shade.

-Cover up with tightly woven clothing and a wide-brimmed hat. Many skin cancers occur on the nose, so the broader the hat brim the better. (Baseball caps aren’t the best hat choice because ear tops and necks are exposed.)

-Use a broad-spectrum sunscreen with an SPF of 15 or higher every day. Apply two tablespoons to your entire body 30 minutes before going outside. Reapply sunscreen every two hours at a minimum and more often if you’ve been in the water.

-Check your skin regularly for any unusual moles or patches and see a doctor every year for a professional skin checkup.