7 flu myths that are scientifically proven to be false.

The Seasonal Flu is Harmless

The Seasonal Flu is Harmless

Aside from the short-term misery and lost workdays, flu can have more serious implications. Sure, most people who get the seasonal flu recover just fine. But the seasonal flu also hospitalizes 200,000 people in the U.S. each year. It kills between 3,000 and 49,000 people. That’s close to the number of women killed by breast cancer each year, and more than twice the number of people killed by AIDS.

Lots of people reacted to the swine flu outbreaks by swearing off bacon -- just as some countries reacted by banning pork or slaughtering pigs. But experts say that despite the name, there’s no reason to worry about pork products spreading swine flu. You can't get the flu from eating pork.

Flu Vaccine Can Make You Sick

Flu Vaccine Can Make You Sick

Injected flu vaccines only contain dead virus, and a dead virus is, well, dead: it can’t infect you. There is one type of live virus flu vaccine, the nasal vaccine, FluMist. But in this case, the virus is specially engineered to remove the parts of the virus that make people sick.

Despite the scientific impossibility of getting the flu from the flu vaccines, this widespread flu myth won’t die. Experts suspect two reasons for its persistence.  One, people mistake the side effects of the vaccine for flu. While side effects to the vaccine these days tend to be a sore arm, in the past, side effects often felt like mild symptoms of the flu. Two, flu season coincides with a time of year when bugs causing colds and other respiratory illnesses are in the air.  Many people get the vaccine and then, within a few days, get sick with an unrelated cold virus. However, they blame the innocent flu vaccine, rather than their co-worker with a runny nose and cough.

Antibotics Can Fight The Flu

Antibotics Can Fight The Flu

Antibiotics only fight bacterial infections. Flu -- whether it’s typical seasonal flu or swine flu -- is not caused by bacteria, but by a virus. So antibiotics have absolutely no effect on any kind of flu.

Stomach Flu Is A Form of Influenza

Stomach Flu Is A Form of Influenza

The word “flu” is so overused that it’s lost much of its actual meaning.  Gastrointestinal viruses are called the “stomach flu,” but they have no connection to the actual influenza virus. If you suffer vomiting and diarrhea, but no fever or body ache, you probably do not have the flu.

Only Get The Flu Once A Season

Only Get The Flu Once A Season

Many people assume that if they’ve had the flu recently, they can’t get it again -- and thus don’t need to get the vaccine. That’s not the case because flu infection can happen from more than one strain of virus.

In any flu season, there’s usually both Type A and Type B influenza in circulation. Both can cause the flu. It’s quite possible that you could get infected with one type and then the other.

No matter what your grandmother may have said, going outside in the winter hatless does not increase your risk of flu. While there might seem to be a connection -- since flu season coincides with colder months in the U.S. -- there isn’t. After all, flu season is the same throughout the whole country: even if it’s frigid in Minnesota, it’s still warm in Florida. The rise and fall of flu season each year has more to do with the natural cycle of the virus, although experts aren’t exactly sure how it works.

Colder weather might increase the risk of flu in one way: We might come into closer contact with other people because we’re all stuck inside. That could make it easier for the virus to spread. 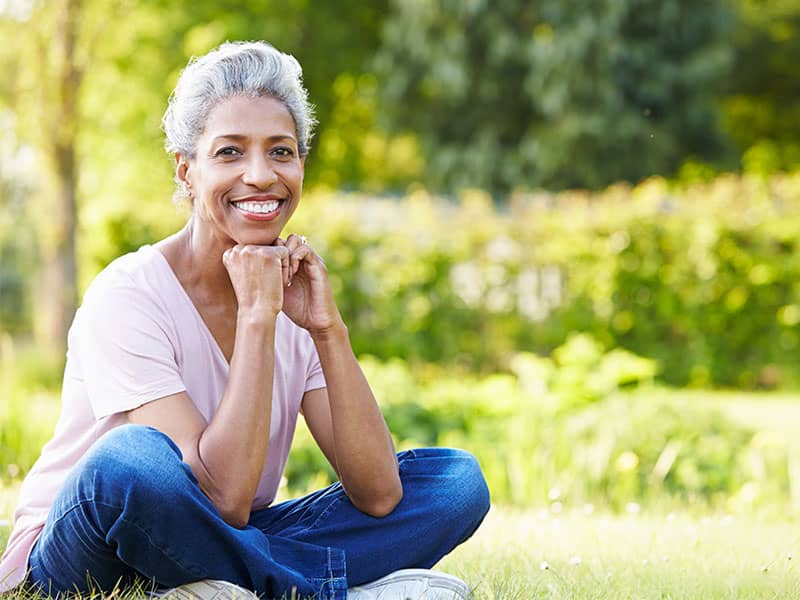 4 Signs You Should Stop Coloring Your Hair
Once you start dyeing your hair to cover the grays, how do you know when enough is enough? Read next feature >
Angela Guzman is a contributor for Thrive Global  and also a regular contributor for Beliefnet. She is a lover of words and a media enthusiast. When she's not writing, she enjoys long walks at Target,  iced coffee and naps.