A recently widowed friend told me, with some amazement, about an experience she had when she went to do an errand. Forced to drive at a crawl in heavy traffic, she noticed a group forming around two street people, men who were loudly accusing each other of stealing personal possessions. She watched as the two, both hulking in size, went into a boxer's crouch, put up their fists, and taunted one another.

She told me that she said to herself, "That's it. That's for me." She got out of her car and walked over to where the crowd was gathered. She stepped between the two men and stood there, looking first one and then the other in the eye. Surprised to see a short, unflinching, sixtyish woman in their midst, they dropped their menacing postures. She returned to her car and continued down the street.

"What were you thinking?" I asked, amused by the image of my normally reasonable friend imposing herself into such a potentially explosive situation. "I was thinking that their anger was big enough to match mine," she told me. "It matched the way I felt inside. So I just went and stood there, sort of trying out my anger against theirs, I guess. And mine won."

Though most grieving people do not take such unusual steps, many relate actions stemming from their anger--the mourning father who chopped down a tree, the widow who berated a waiter at the dinner following a memorial, the widower who wrote a condemning letter to a no-show at his wife's funeral.

Often, people whose lives have been largely devoid of anger may find themselves irritable, intolerant, or even raging. The anger we experience as survivors can seem uncontrollable, coming out suddenly at odd times. Or it can accompany us everywhere we go, infusing everything we do.

It may seem that anger has us in its clutches, hangs on to us relentlessly. But the truth is, we hang on to it. Why? Because it provides us with several payoffs.

First, anger covers up or substitutes for any feeling, such as fear, guilt, longing, frustration, or hopelessness, that has the potential for creating extreme discomfort.

Second, by using anger we can try to block out the reality or circumstances of the death. We may exhibit anger toward the deceased about something that had no relationship to the death, fastening on to some past action toward which we can direct our hostility. If we can maintain our anger, we can also hold on to our loved one, if only the part of him or her that we can criticize.

Third, anger permits us to experience a much-needed sense of control. Instead of feeling helpless, we feel as if we can exert some influence over our own lives or the lives of others. This is temporarily very satisfying because the death of a loved one (especially a sudden death) robs us of personal power. It plunges us, without mercy, into the darkest of pits. So if we can use anger as a ladder to climb out of that pit, we do it. Rung after rung, hand over hand, we gain control over our own vulnerabilities. When we are lashing out in anger, we feel justified; we are on firm ground. We are, in fact, self-righteous. This is the opposite of the queasy roller-coaster existence that we live as grief's victims in the aftermath of a death.

And, fourth, anger is--if only temporarily--a vital energy booster when we are at our lowest peak of despair and desolation.

But as much as anger fires us up, it also depletes our energy, suddenly draining us and leaving us vulnerable to more painful underlying feelings.

And, of course, anger can be debilitating over the long run. Anger that is turned on the self, for example, may be quite damaging. With women, self-inflicted anger tends to create depression; with men, it takes the form of self-destruction or self-abuse, such as alcoholism.

So even though some anger is normal, long-term or extreme manifestations are danger signs. We need to learn to manage our hostility to prevent such excesses.

Each of us can identify and deal with the feelings that are being masked by our anger. Make a conscious decision to explore emotions you have put aside or tried to bury. Ask yourself, "What would I feel if I could choose not to be angry?" Then devote some time to experiencing that feeling. For example, ask, "Why am I feeling so frustrated (or anxious or worthless)?" Give that sentiment your attention and expression. Talk about it to a friend, to other survivors in a support group, or talk it over with a professional counselor.

If you're having particular difficulty managing your anger, you might want to keep an Anger Log, writing down what made you angry and identifying the hidden feelings behind the anger. Think about what you were trying to accomplish with your anger. Decide on an alternative approach to the same situation. This takes some dedication and concentration, but with practice it will be easier for you to identify positive modes of behavior.

If you find that you really do have justified anger toward someone, you may decide to explain your reasons to that person. If so, keep in mind that your goal is to achieve a mutual understanding, an acknowledged recognition and respect for your feelings. Instead of blaming, name your feeling, the action that caused it, and the reason for your feeling. For example, "I'm angry because I expected you to come to dad's funeral. When that expectation wasn't met, I felt that dad was not being given his due respect." Remember your goal is not to lash out, accuse, and escalate the hostility.

Above all, you need to ask yourself how long you will allow your anger to continue--because that is how long you are choosing to be a victim of your own emotion. Set your goal for decreasing anger, because it's only when you free yourself that you can begin to work toward the resolution of your loss. Contrary to what we may prefer to believe, feeling the pain of grief, feeling the loss and surrendering to sadness, is preferable to leading a life shaped by surges of adrenaline that only delay our mourning. 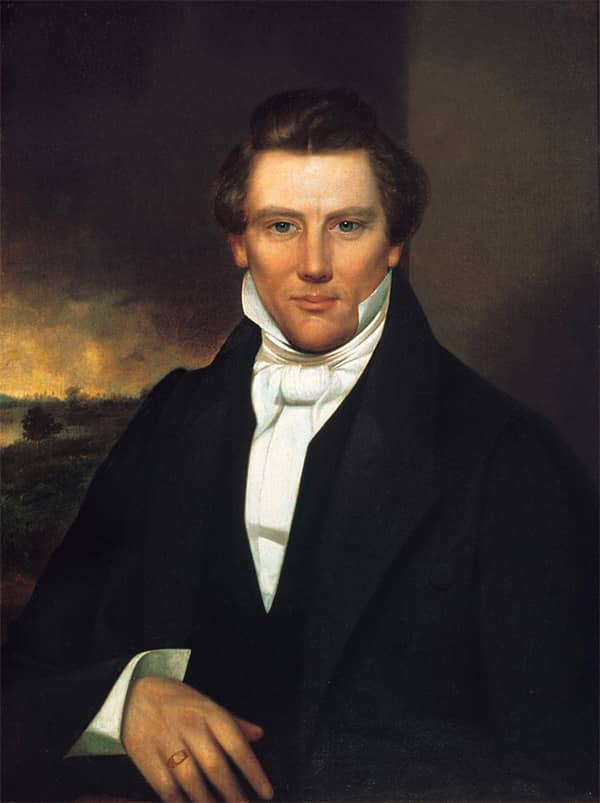 Joseph Smith: The Life of an American Prophet