Researchers found that a fat gene could be causing the obesity epidemic. 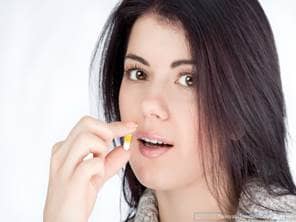 Over 78 million adults in America. The repercussions of being overweight are staggering.

Obesity is related to diabetes, cancer, diabetes, and high blood pressure. The associated medical costs are over $1,000 higher than those who are not obese.

There may be a cure and researchers think they found the gene responsible.

Scientists found a direct link to what causes obesity in millions of people—it’s a faulty gene called FTO (alpha-ketoglutarate-dependent dioxygenase), a fat mass and obesity linked protein. The faulty version of the gene causes energy from food to be stored as fat, and to be used by the body as energy. When this happens it switches on the IRX3 and IRX5 genes, which are the master controllers.

“We found a strong difference for both IRX3 and IRX5 in preadipocytes, revealing the target genes, cell type and developmental stage where the genetic variant acts,” Melina Claussnitzer of Massachusetts Institute of Technology and the Broad Institute of MIT and Harvard said.

The gene makes people hungrier. This leaves them unsatisfied even after meals, making them want to eat even more.

Scientist Dr. Clifford Rosen told CBS News this finding is a big deal as people believe the epidemic to solely be from over eating or eating junk food, but our fat cells play a role in how food gets used. However, the gene is not responsible for all obesity.

The finding opens up opportunity to lose weight beyond diet, exercise for some people. This will also help companies create drug to boost metabolism, and manipulate the gene.

What can you do?

There are foods you can eat to shut the fat gene off, say experts. Vamp up intake of raspberries, blueberries, green tea, and to species like cinnamon, and turmeric. A plant-based diet is another route to look at to lose weight. About 90 percent of the food we eat is processed.

Also we just eat for the sake of it. So, cut back on food intake with the guidance of your doctor.

"Mindless eating has become ingrained in our lifestyle. Too often we eat out of habit, grabbing things just because they're out there in plain sight, waiting to be eaten," Dr. Alexander Chernev, author of The Dieter's Paradox: Why Dieting Makes Us Fat," wrote.

For more information pertaining to obesity visit the Center for Disease Control.