How Prayer Can Help You through Anxiety and Depression

There is power in prayer. 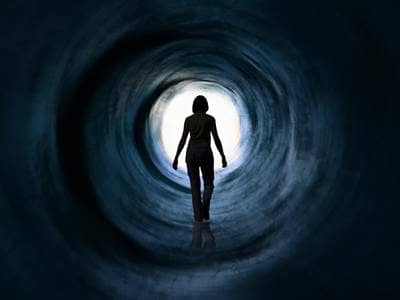 The Bible says “Cast all your anxiety on Him because he cares for you” (1 Peter 5:7). This verse is more than a notion. There is power in prayer to help us beat anxiety and depression.

Scientists are looking at what happens in the bodies of those who pray and believe in God. The field of “neurotheology” – the scientific study of the neural correlates of religious or spiritual beliefs, experiences and practices –has drawn prominent researchers together in the U.S. and Canada. These scientists have found the brains of those who spend time praying and meditating are different. Andrew Newberg, a neuroscientist at the University of Pennsylvania has been scanning the brains of religious people for more than a decade. He has found that people who pray and meditate go dark in the parietal lobe, the area of the brain that deals with sensory information and helps us define our sense of self.

”When people lose their sense of self, feel a sense of oneness, a blurring of the boundary between self and other, we have found decreases in activity in that area,” said Dr. Newberg. When this part of their brain went dark, the praying people who were studied appeared to experience a oneness with God and the universe. In losing that sense of self, anxiety, depression and fear go away. Some of these scientists have also noticed patterns of change within the brain of those who prayed for short periods of time each day. When we make prayer a daily practice, it can lead to systemic changes in the brain. We’re training our mind to focus on the presence of God. As this becomes a habit, we are no longer claiming dependency on fear-based emotions like anxiety, or depression. In moments of prayer, we are claiming dependence upon God and our ability to let Him be in control.

Too often, people try to take control of their own lives, through their own will because of their desire to make things happen according to their plan. But as believers, we know that God makes everything according to His plan. Many people who have experienced and depression are in a space where fear has become their focus. When we accept His plan, all fear, anxiety and stress can dissipate. We begin to embrace the joy of God’s will.

A study published in Sociology of Religion suggests that prayer can ease people’s anxiety an help alleviate worries, but this is contingent on the personality of the God they believe in, and how secure their relationship is with God. If they believe they are in a relationship with an angry, or vengeful God, it can bring more stress. If they believe they are in a relationship with a loving, or a friendly God, it can bring them less stress. In this study, Bradshaw and his colleagues analyzed 1,714 respondents to a 2010 Gallup survey about religion, asking questions like “Over the past month, how often have you felt nervous, anxious or on edge?” and whether “God’s reactions to me seem to be inconsistent.” These participants prayed somewhere between “several times per week” and “once a day.” “For many individuals, God is a major source of comfort and strength that makes the world seem less threatening and dangerous,” Matt Bradshaw, an assistant professor of sociology at Baylor University’s College of Arts and Sciences said. “But other people form avoidant or insecure attachments to God – meaning that they do not be form avoidant or insecure attachments to God will be there when they need Him. For them, prayer may feel like an unsuccessful attempt to cultivate and maintain an intimate relationship with God.”

The ability for prayer to relieve our anxiety and depression only happens when our relationship with God is secure. When we believe God is loving, and we trust Him to handle our needs, we move away from stress and worry and enter a place of healing. There is power in prayer to change not only the situation that is being prayed about or for, but also to change the one that is praying. When we are in the presence of God, we are laying our lives before Him in complete submission and dependence. The Bible says “Draw near to God, and He will draw near to you” (James 4:8 ESV).

Another major benefit of prayer is peace. The Bible tells us “Do not be anxious about anything, but in everything by prayer and supplication with thanksgiving let your requests be made known to God” (Philippians 4:6 ESV). When we pray in the presence of God, we are seeking peace, and from Scripture we are told that there is nothing for us to be anxious about when we seek Him in prayer. We know that God is separated from our hearts when we lack peace, and God is present in our hearts when peace is present. Seek God in prayer today.