Kids are given medication pretty much on a regular basis. If they’re fidgety at school—they need to see a psychologist and drugs to chill them out. There are alternatives. 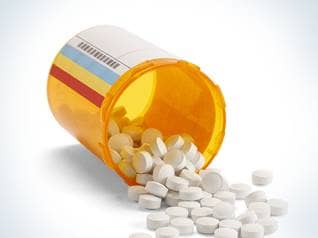 Kids are given medication pretty much on a regular basis. If they’re fidgety at school—they need to see a psychologist and drugs to chill them out. Attention deficit disorder is also called attention-deficit/hyperactivity disorder, kids are in the middle of an epidemic—and parents are doing the best they can.

The statistics are staggering on the spike since 2003. Researchers found and according to Science Daily, the diagnoses of ADD/ADHD in children jumped to 43 percent since the early 2000s. The age range starts as young as five-years-old. The Journal of Clinical Psychiatry released its findings in 2015. Lead researcher Sean D. Cleary, PhD.

"We found the parent-reported prevalence for girls diagnosed with ADHD rose from 4.3 percent in 2003 to 7.3 percent in 2011. That's an increase of 55 percent over an eight year period.”

They found that boys were more prone to be diagnosed with ADHD compared to girls. Of course, ADD is carried into adulthood. Daniel Amen, M.D. has authored Change Your Brain, Change Your Life and Healing ADD. He said there are natural approaches in treating patients. He suggested exercise, mediation and teaching kids how to cope when over stimulated. Exercise can calm hyperactivity he said.

“Parents need to make sure their children aren’t just sitting around watching TV. Exercise increases blood flow to all parts of the body, the brain included. That, of course, is particularly beneficial to people with ADD. Exercise also increases the availability of serotonin in the brain, helping to calm hyperactivity.”

Medicine is not the only option for children or adults.

Changing the diet is a start. Cut down on processed sugars like candy, sodas, and give kids a healthier choice for snacks instead of chips. Load them up on the good stuff like fruits, nuts, berries, and vegetables. You can make smoothies to coax them into getting the nutrients they need and adults.

Add proteins like fish, beans and brown rice, and eggs for sources of protein. WebMD suggested eliminating “Food additives such as aspartame, MSG (monosodium glutamate), and nitrites. Some studies have linked hyperactivity to the preservative sodium benzoate.”

Sugar is suspected to cause ADHD in some children and adults. Watch for the sugar and caffeine. Vitamins are believed to also help, but there are mixed feelings. “Other nutrition experts, though, think that people who eat a normal, balanced diet don’t need vitamin or micronutrient supplements. They say there's no scientific evidence that vitamins or minerals supplements help all children with the disorder.”

Additudemag.com explained that people with ADD are addicted to adrenaline.

“But waking up our sluggish frontal lobes with an injection of stress has consequences for the body. When we are stressed, adrenal hormones raise our heart rate, blood pressure, and blood sugar. They also dampen the immune system. The adrenaline junkie is, in effect, paying for focus at high interest rates. Yes, you get a few hours of higher performance, but you pay for those hours in stress on your brain and body.”

People with ADD can have a peaceful mind. With practice a stormy mind can find calm.

Take a deep breath and unplug from life for five minutes. Take a walk, or listen to calming music to clear the head. A body scan can help you release tension throughout the body. For example you can lie down for 10 minutes and become aware of the body and were tension resides. Mentally go to the spot where the stress is.

Also, try neurofeedback therapy, also known as neurotherapy. It is a type of biofeedback that uses real-time to view brain activity.

“This is a specialized treatment that uses computer technology to balance and optimize the brain. “During each session, patients play a video game using just their brain,” said Amen.