How to Take Charge of Adult ADHD

Attention Defecit/Hyperactivity Disorder doesn't just affect children. Adults can take charge of their symptoms and live with focus and peace, starting with these tips.

10 Things You Need to Know About Adult ADHD

10 Things You Need to Know About Adult ADHD

Most of us think of ADHD (or Attention Deficit/Hyperactivity Disorder), as a problem of childhood, but this neurological condition remains a fact of life for many people as they grow into adults.

When untreated, ADHD can trigger a host of difficulties, including trouble in relationships and career, low self-esteem, depression, and anxiety, says psychiatrist Edward Hallowell, M.D., director of the Hallowell Centers for Cognitive and Behavioral Health in Sudbury, Mass., and New York City. He is author of numerous books on ADHD, including Delivered from Distraction, about ADHD treatment, and the new Married to Distraction, written with his wife, Sue George Hallowell. He also has ADHD himself.

Despite the potential difficulties created by this condition, Hallowell believes that its positive attributes—such as creativity and intelligence—actually make ADHD a gift. “The trick is to turn it into an asset in your life,” he says. Here he reveals the best ways to take control and make that happen.

Erin O’Donnell is a former editor of Natural Health magazine. She writes about health and wellbeing, and lives in Wisconsin.

The term ADHD may bring to mind the rambunctious child who can’t sit still and disrupts the classroom. Adult ADHD looks different. “By the time you become an adult, that’s usually socialized out,” Hallowell says. “You’re not overturning chairs or poking your neighbor.”

The main characteristics among adults are unexplained underachievement and inconsistency. “At times they can be brilliant, and at other times they’re just not there,” Hallowell says.

Adults with ADHD tend to be easy distractible, although they may also have laser-like focus at times. They’re often chronic procrastinators and have trouble getting organized. They may also be impulsive, frequently acting or speaking without thinking. Yet people with ADHD are often extremely intelligent, creative, and intuitive, Hallowell says. With proper treatment, these traits can make them highly successful, he adds.

Get the Right Diagnosis

Get the Right Diagnosis

Hallowell believes adult ADHD is “vastly undiagnosed. Most doctors have never heard of it in adults,” he says.

He believes women in particular may be wrongly diagnosed as “depressed, stupid, or ditzy, with early Alzheimer’s, or memory loss,” he says. They may even be lectured on the need to develop more discipline or get organized, when what they really need is the right treatment plan.

If you suspect that you have ADHD and it’s disrupting your life, Hallowell recommends that you visit an experienced psychiatrist. To start looking for the right physician, check the website for the organization CHADD (Children and Adults with Attention Deficit/Hyperactivity Disorder) or the ADDA (Attention Deficit Disorder Association).

Choose someone you trust and can speak with openly; successful ADHD treatment can take time, Hallowell says.

Understand the Roots of ADHD

Understand the Roots of ADHD

ADHD is mainly a genetic disorder and often runs in families, Hallowell says.

But your environment can make these traits better or worse. For example, if you hold a stressful job, are working toward a degree, or are simply juggling too much, “then the ADHD becomes more pronounced, more of a problem,” he says.

Aim for Some Organization

Aim for Some Organization

One of the keys to living well with ADHD is to develop strategies that keep you just organized enough. “A lot of people think the goal is to be a neat freak or Martha Stewart. That’s a waste of time,” Hallowell says. Instead of aiming for unrealistic perfection, seek strategies to ensure that key tasks—such as getting to appointments and paying your taxes—get accomplished. Your goal is to make sure that disorganization “doesn’t keep you from reaching your goals,” Hallowell says.

Establish a reasonable daily schedule and stick to it. Use tools like daily planners and lists to help you remember your obligations and stay focused. Set alarms on your computer or cell phone to ensure on-time arrival for meetings and daycare pick-up.

Hallowell often refers adults with ADD and ADHD to life skills coaches to help them get organized. Sometimes simple changes, like the right filing system, can make a big difference.

But he emphasizes that it’s important to find the right coach, someone who has some experience with this syndrome, “who understands that “what you have is ADD and not a moral failing.”

Play to Your Strengths

Play to Your Strengths

Hallowell finds that many people with ADHD are working in jobs that don’t suit them. “They spend a lifetime trying to get good at things they’re bad at,” he says, which contributes to the low self-esteem and anxiety common in adults with ADHD.

“Usually people with ADHD do best in jobs that put a high premium on creativity and have low demands for conformity and punctuality and organizational skills,” Hallowell says. But he quickly adds that that’s not true in every case. “The most important thing is to do what you’re good at, and what you like to do,” he says. He also recommends delegating the tasks that aren’t your strengths whenever possible.

Surround Yourself with the Right People

Surround Yourself with the Right People

Hallowell believes that people with ADHD and ADD are unfortunately drawn to the wrong kinds of people: those who attempt to “reform” them. “People with ADD think that’s what they need,” he says. The belief dates back to childhood, when people with ADHD were scolded by parents and teachers for their lack of focus or disorganization, and repeatedly told that they needed more discipline.

He recommends that people with ADHD select spouses and friends carefully. “Choose someone who values you for who you are and isn’t trying to make you over into someone else,” he says.

ADHD can take its toll on marriages, Hallowell says. “You have trouble sustaining focus, so you can seem like you’re not interested or you’re not there.” In marriages in which one partner has ADHD, it’s common for the other partner to be burdened with the majority of household tasks. “It creates an unequal division of labor, where it seems that one person is doing all the work, and then a kind of parent-child dynamic can develop,” he says. “The non-ADD spouse feels like the parent, and the ADD spouse feels like a disobedient naughty child.”

In his new book, Married to Distraction, Hallowell says he’s seen some marriages return from the brink of divorce when ADHD is properly treated. He adds that because our world is so distracting, most contemporary marriages (even those where neither spouse has ADHD) need structure to keep the couple connected.

It helps to block out calendar time for activities like dinner alone, a movie, and even sex, Hallowell says. He also recommends that couples schedule 30 uninterrupted minutes together for 30 days. “Most couples don’t come anywhere close to getting that. We’ve allowed ourselves to become too available [to others], too interrupted, too distracted, and that’s not compatible with a happy marriage,” Hallowell says. “Time and attention are often critical missing elements.”

Adults with ADHD can benefit from a whole foods diet, Hallowell says, one that emphasizes plenty of fruits and vegetables, whole grains, beans, and nuts. Limit your intake of processed foods and snacks, sugar, and caffeine. And consume cold-water fish and other sources of fish oil, Hallowell says. It’s rich in omega-3 fats, which the brain needs to function optimally.

Get Sleep, and Exercise

Get Sleep, and Exercise

Hallowell reports that people with ADHD and ADD often have trouble winding down for sleep at night, and then have difficulty rousing themselves in the morning. As a result, they’re often sleep deprived, a state that makes focus even more difficult. Make an effort to get better sleep by going to bed around the same time every night. Establish a relaxing before-bed ritual (say, taking a shower and then listening to quiet music) to help you wind down in the half-hour before you hit the hay.

Physical activity is equally important, Hallowell says, in part because exercise is proven to help people cope with the anxiety and depression that often accompany ADHD and ADD. 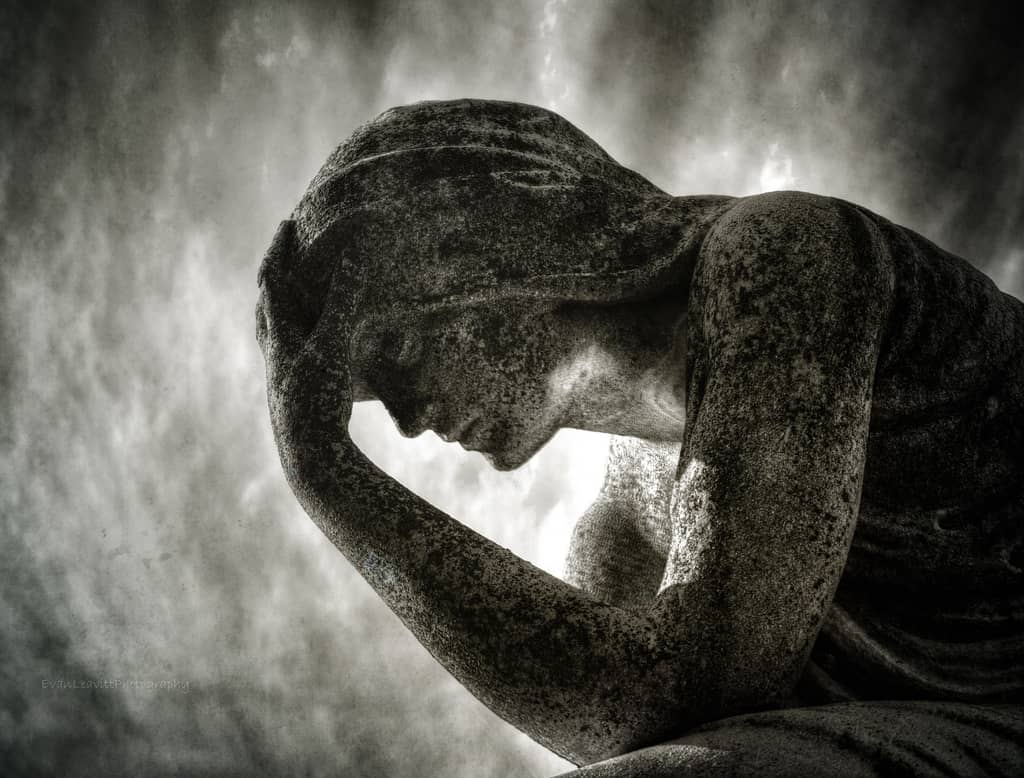 Coping With Grief and Loss
Learn some steps that will help you get over physical and emotional pain. Read next feature >