While the outbreak has been somewhat contained, the outbreak has finally got the attention of major corporations who control the funding for disease control. The Ebola workers are to thank for the survivors, research and the resources we have to move forward in the future against the Ebola fight. 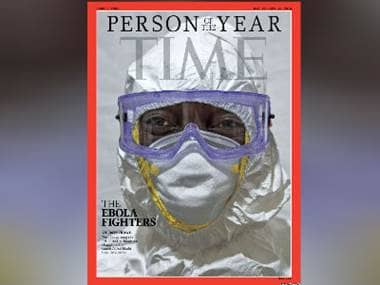 Time Magazine announced the Ebola Workers as their person of the year. With the fight against Ebola as a major issue in 2014, it only seems fitting that the courageous workers be honored for their efforts. No matter how dim the light of survival seemed, their valiant efforts remained strong. Contrary to what many may believe the Ebola virus is not a new topic.

The Zaire strain of the Ebola virus was discovered in 1976 by Belgian microbiologist Dr. Peter Piot, however it didn’t enter the American scope until 1995, when Richard Preston’s book The Hot Zone became a mainstream topic of conversation. Preston’s book discussed the seemingly mysterious disease amongst lab monkeys at a facility in Reston, Va. While the manic pandemonium fizzled, everyone who read The Hot Zone would subconsciously hold onto the key facts of the possibility of a wide-spread disease.

During the same time frame, according to records by coincidence, the Ebola virus was being studied by America’s national security. This is documented by a testimony before the Congress stating the government was studying Ebola as a possible weapon against enemy and terrorist affairs.

Researched continued over the years however many organizations, that oversaw funding, didn’t believe Ebola was a true threat therefore funding was minimal. Over the course of research, by capturing certain human cells and converting them into Ebola replicated factories, scientists better understood the roles each of the virus’s seven structural proteins played.

There is really no rhyme or true scientific reason why Ebola does what it does. While a virus is not a life form, it works with larger machines (such as your body) and manufactures copies of itself with fierce intensity.

For example, one of Ebola’s proteins, the glycoprotein (GP), is set to warp the immune response in primates. The Ebola GP can take two forms. One of these forms will stop sentinel cells from alerting the body that it is under attack by an inhabitant. While the second form is another viral protein that shuts down the immune system’s ability to produce interferons - which act as potent virus killers. As Ebola continues to reproduce and drain the immune defenses, it cycles into the blood to reach critical infection by fighting tissues like the lymph nodes. Victims suffer from an extremely high fever, debilitating aches and pain, inundated with vomiting and diarrhea. The rampage of symptom can send the body into shock causing dehydration, low blood pressure, electrolyte imbalances and organ failure – which collectively cause death.

The death toll has reached astronomical concerns and while many still remain quarantined and undiagnosed, researchers have developed two possible vaccines. While battling the Ebola outbreak, workers have learned that controlling the contagion is not enough. The Ebola victim must be quarantined in addition to every person that they have come into contact with. Contact tracing is critical when fighting any infectious disease, especially one like Ebola that tricks the body into giving up.

Doctors have learned a lot and the survival rates are increasing. However, for every recorded infection, the CDC estimates that an additional 1.5 cases go unreported. While the outbreak has been somewhat contained, the outbreak has finally got the attention of major corporations who control the funding for disease control. The Ebola workers are to thank for the survivors, research and the resources we have to move forward in the future against the Ebola fight.