Researchers have dug deep into the time change and have discovered some very interesting information that links daylight saving time to heart attacks and even car accidents. 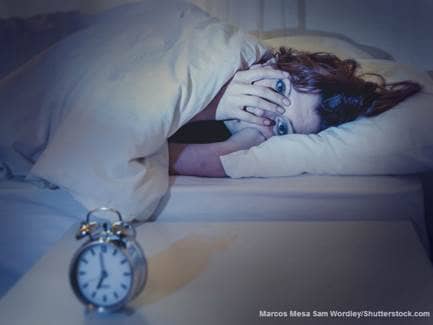 Majority of the population has a love hate dilemma with daylight saving time. If you’re gaining an hour, then in hindsight everything seems fantastic however if you’re losing an hour then many be a relay of yawns that follow. Either way you look at it, daylight saving time shakes up any schedule and proposes the thing a lot of people dread – change.

According to the Journal of Applied Psychology, on Sunday night the average American will lose about 40 minutes of sleep. And since sleep is one of the most important elements to having a healthy and self sustaining body, the lack of sleep and time difference causes many to lessen their performance levels which causes them to be forgetful and have an impaired memory. One of the most striking studies, conducted in 2014 by Colorado researchers, found an increase of heart attacks on the Monday after DST begins by 25 percent. This equates to an additional eight heart attack victims that will be treated in hospitals, on average, worldwide.

Due to the fatigue from loss of sleep, workplace injuries also increased. Researchers at Michigan State University analyzed 20 year s of data from the Mine Safety and Health Administration to determine that three to four more miners than average sustained a work-related injury on the Monday following the start of DST. The result of the injuries ranged from 2,649 lost days of work resulting in a 68 percent increase over the hours lost from injuries on an average day.

Furthermore drivers are also more likely, according to a 2001 study in Sleep Medicine, to be involved in a fatal traffic accident on DST’s first Monday. Analysts looked over 21 years of data and discovered that 83.5 accidents occur on the day after DST in comparison to the Monday average of 78.2. Researchers also concluded that the study was consistent with American, Canadian and British motorists.

Ultimately, sleep deprivation is the culprit and direct result of DST. People must adjust to a time difference whether it be springing forward or falling back. Even the healthiest people are affected by the time difference because sleep is an essential component to a healthy and productive lifestyle.

To avoid serious repercussions try setting your alarm to wake up a little earlier than usual on the Saturday and Sunday before the DST switch. This will help ease your body to the time change. Eat a healthy breakfast first thing in the morning because the food will tell your body it’s time to officially start the day. Furthermore, if you have children adjust their bedtimes and wake-up schedules the week prior because their systems will take a longer time to adjust to the time change.