Dairy is Not For Children

Children are our future and we want them to be healthy and strong. We can support this healthy growth and development by eliminating or greatly reducing their dairy consumption and starting them on a path of success for a vibrant, active life. 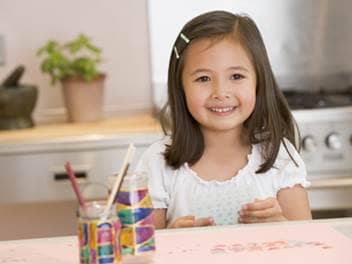 Milk does the body good, right? I disagree. As a pediatrician, I often see that dairy consumption causes more problems than benefits. Dairy is one of the foods that I spend much time counseling families to significantly decrease or eliminate from their children’s diets. Even as a young pediatrician, I have witnessed the negative effects of dairy beginning from birth and continuing through adulthood.

Dairy Allergies in Infants
Cow’s milk protein is one of the top allergens. Cow’s milk protein allergy develops in the first few days or weeks of life and can manifest itself in a variety of ways, but it often leads to colicky, fussy babies that spit up frequently. In extreme cases, it can cause malabsorption so that neonates have vomiting and diarrhea, and cannot gain weight.

This allergy is not only seen in babies who are drinking formula made from cow’s milk, but also in infants who are breastfed by mothers who consume dairy. The cow’s milk protein is transferred from the mother’s breast milk to the baby and causes the symptoms in the affected infant. Dairy is so prevalent in the standard American diet and the dairy addiction so strong, that I’ve seen mothers who would rather switch their babies to a soy- based formula than adhere to a dairy-free diet while breastfeeding.

Common Health Complications in Young Children
The list of health risks for our children associated with milk consumption is long. It includes obesity, constipation, anemia, bone fractures, recurrent ear infections, allergies, and malnutrition. There have also been several studies linking milk consumption to an increased risk of developing type I diabetes in children who are genetically susceptible.

The dairy consumed by children in the United States is often high in fat, protein, and calories. As a society, we have long believed that higher protein in our diets is beneficial. However, we are seeing that children are now growing faster, getting larger (both in height and weight) and reaching puberty earlier.2 This may be partially caused by the increased protein in our diets and it is likely not the advantage that we hoped for.

As standard infant formula is made from cow’s milk, formula-fed babies are at higher risk for obesity and abnormal weight gain, and are also more likely to suffer from constipation. Dairy consumption combined with the usual low-fiber American diet is a leading cause of constipation in children. Infants who develop this condition often suffer from chronic constipation if they continue to consume dairy throughout their lives.

Constipation is a very common cause of chronic abdominal pain, bloating, painful defecation and rectal bleeding. It can also lead to a loss in appetite in children and at its most extreme, leakage of stool. Constipation is very frustrating to parents because they often seek a temporary cure without realizing that they never eliminated the cause of the problem.

In children with the highest milk consumption, the anemia can be severe and insidious, and I have seen cases that required hospitalization. The reason is that dairy tends to displace other foods that have iron as well as cause microscopic bleeding in the gut resulting in a slow loss of iron over time.

Additionally because some children become so attached (and likely addicted) to milk, they have little interest in other foods, leading to malnutrition. Because so many parents believe that milk is healthy, they allow this heavy milk consumption because they fear their children are not eating enough. This contributes to a vicious cycle and a greater number of children can become overweight and obese as well as lack vital nutrients for proper growth and development.

Children are our future and we want them to be healthy and strong. We can support this healthy growth and development by eliminating or greatly reducing their dairy consumption and starting them on a path of success for a vibrant, active life.

Yamileth (Yami) Cazorla-Lancaster, DO, MPH, MS attended University of North Texas Health Science Center in Fort Worth, where she earned multiple degrees – Master of Science in Clinical Research and Education, Master of Public Health and Doctor of Osteopathic Medicine. She most recently completed her Pediatric Residency at Cincinnati Children’s Hospital Medical Center. Receiving a scholarship through the National Health Service Corps, she is committed to serving the medically underserved as a primary care pediatrician. Adapted from RETHINK FOOD: 100+ Doctors Can’t Be Wrong by Shushana Castle and Amy-Lee Goodman www.rethinkfoodbook.com.