Recent research has provided substantial evidence that the powerful chemicals needed to kill cancer cells can lead to at least part of the cognitive problems experienced by cancer patients. 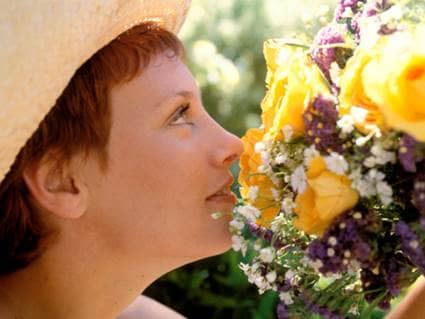 My friend, Barbara, underwent six rounds of chemotherapy for ovarian cancer three years ago. Recently, over lunch, she confided that she was having trouble finding the right words when finishing sentences or recalling familiar names. Barbara seemed particularly worried about what was happening to her short-term memory. She explained she couldn’t remember what she did yesterday and sometimes would forget in the middle of a story what she was talking about.

I suggested that she might be experiencing “chemo brain,” the grass-roots term given by cancer survivors to explain the foggy thinking and forgetfulness many experience after chemotherapy. She, on the other hand, wondered whether her symptoms were from causes other than her cancer treatment. “Is chemo brain real,” she asked, “or is it an excuse for something else that’s wrong with me?”

That wasn’t difficult to answer. There’s now solid data showing that chemo brain is real, not imagined. In a way, it’s an exciting vindication for many individuals whose persistent complaints about their mental struggles were dismissed by doctors as figments of patients’ imagination.

There are numerous factors that can affect brain functioning such as aging, depression, anxiety, low blood counts, and sleeplessness. But recent research has provided substantial evidence that the powerful chemicals needed to kill cancer cells can lead to at least part of the cognitive problems experienced by cancer patients.

According to a study published last year in the Journal of Clinical Oncology, researchers at the Moffitt Cancer Center in Tampa, FL found that the average cancer patient suffered impairments in verbal abilities, particularly in the ability to find words, and got lost more easily, than those who never had chemotherapy.

Another study, conducted at Fred Hutchinson Cancer Research Center in Seattle and published in 2011 in The Journal of Clinical Oncology, found that “chemo brain does exist and can continue long-term,” said Karen L. Syrjala, PhD, co-director of the Survivorship Program at Fred Hutchinson and the study’s lead author. The patients in the study had all undergone chemotherapy as part of bone marrow or stem cell transplants to treat blood cancers. However, researchers said the findings are likely to apply to patients who have undergone chemotherapy for other types of cancer as well.

The patients tested were compared with a friend or sibling of the same age and gender who had never undergone cancer treatment. They were all tested for memory and motor skills, including word recall and timed dexterity tests. The results showed that among the cancer survivors, most of the cognitive problems were largely temporary, though it did take time for the effects of chemo brain to diminish.

“The real issue here is that recovery from cancer treatment is not a one-year process but a two- to five-year process,” said Dr. Syrjala. However, she notes, “the majority of survivors do function well in the world, even those who may have to adapt to chemo brain.”

Of course, the effects of chemotherapy vary from person to person and not all people will experience chemo brain. In the meantime, cancer experts say if you are experiencing a problem, you can sharpen your mental abilities and cope better if you:

• Write things down. Use a detailed daily planner to keep track of important dates, “to-do” lists, websites, phone numbers and addresses. The calendar feature on smart phones will alert you in advance of appointments.

• Prioritize. Take on one task at a time, and avoid distractions. Minimize multitasking.

• Get enough rest. Even if you don’t have chemo brain, fatigue can hurt your memory. Make sure you get enough sleep.

• Exercise your brain. Do word puzzles, learn a foreign language, go to a lecture on a subject that interests you.

• Exercise your body. Physical exercise can help with stress, fatigue and depression.

• Eat your veggies. Studies have shown that eating more antioxidant-rich vegetables such as kale, broccoli and brussels sprouts is linked to keeping your memory working at its best.

If your doctor doesn’t seem to take your thinking and memory problems seriously, get a second opinion. You might need to see a neuropsychologist to help you develop some strategies to make up for your problems with memory, attention and other difficulties.

Rona Cherry has written about health and wellness for The New York Times Sunday Magazine, The Ladies’ Home Journal, Vegetarian Times, and many other publications. She was the editor-in-chief of several national magazines, including Fitness and Longevity. Check out her website here! (www.ronacherryassociates.com)