Boozing after a Workout?

Your favorite booze is not worth it if you want to have a successful exercise life. 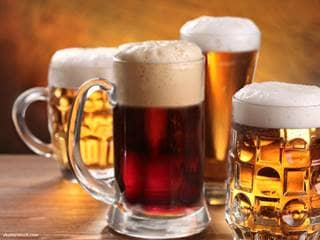 Your favorite booze is not worth it if you want to have a successful exercise life. If you want to stay in shape, and stick to a fitness routine, drinking alcohol can sabotage your body and progress. How bad is it when you drink after exercising or in general?

Experts believe it damages muscle, leaves them sore longer, and disrupts the ability of muscle tissue to repair itself. Over time this gets worse for the body, including the liver.

This long recovery after hitting the gym is just as bad a eating a Whopper meal after a hard workout. Maybe this is an exaggeration, but we all can agree it’s not good to booze it up after exercising, regardless of the platform.

And it is counterproductive if you are drinking more than two alcoholic drinks a week. The body not only has to deal with extra calories, but has to work to metabolize the extra calories from the drinks, so it really messes up the rhythm, and burning fat. Medicine.net shared:

“Once alcohol is in your system, your body makes metabolizing it a priority. That means that it will stop metabolizing anything else in order to first get the alcohol metabolized. The reason for this is because unlike protein, carbohydrates, and fat, there is nowhere for alcohol to be stored in our body so it has be metabolized first.”

There is more bad news for drinkers. Ouch!

You will add more fat on the body and will go to the thighs first and bum! Alcohol also breaks down amino acids and stores them as fat. Women’s Health reported the reason is “Excessive alcohol consumption really chews up muscle in those areas. It also increases levels of cortisol (a stress hormone), which further encourages fat storage, particularly in your midsection.”

When the metabolism is inhibited by drinking, this will also make you feel more fatigued than usual. You will be more dehydrated and this could be dangerous if you’re still working out. Alcohol is a diuretic. This will make you urine more, and the body won’t be able to absorb the nutrients needed to keep you going.

Runner’s World explained how dehydration can affect the body’s ability to cool during exercise. When you are dehydrated, there is less blood available to be sent to the skin and less for the working muscles, so performance decreases and the risk of heat injury increases.”

If you run, refrain from celebrating with alcohol.

“After a race you should drink to replace fluids and replenish your carbohydrate stores, and when you have accomplished those tasks, you can afford to induce more dehydration by having a couple of beers or glasses of wine. Note that a can of beer only contains about 14 grams of carbohydrate, so contrary to popular belief, beer is not a particularly good source of carbs.”

Alcohol breaks the sleep cycles by disrupting the sleep patterns leading to fatigue and insomnia. REM sleep is needed to rest, and to allow the body rebuild or repair itself. This lack of REM sleep will play havoc on long-term memory, and drinking is a REM suppressant.

The National Institute on Alcohol Abuse and Alcoholism reported:

As you know without antiquate rest we can’t function across the board. Additionally, over drinking will cause heartburn, headaches, and this spells no time at the gym, or wanting to exercise! We all know that drinking has consequences, so why allow it to hurt our progress?

If you’re going to drink don’t do it after a workout, if at all possible. Work to plan it out or just pass on the extra glass wine with dinner. It will be worth it after a good run or time at the gym without the self-sabotage, or guilt that you consumed too many calories.